This project support NGOs in their work to encourage authorities and developers:

The project also advocates for NGOs, affected communities, DPs, and the government to actively engage in policy consultation and dialogue promoting land and housing rights. The policy dialogue is supported by evidence-based research and is sensitive to gender equality.

The Resettlement and Housing Rights Project co-ordinates and strengthens local and international NGOs working on land and housing. With this support, NGOs can work together on issues such as ensuring fair compensation is made and there is appropriate infrastructure and services at resettlement sites. An effective advocacy strategy will bring forced evictions to the attention of decision makers.

In 2012, the Resettlement Action Network (RAN) was merged with the Land Action Network and Development (LAND) into the Land and Housing Rights Network (LAHRiN) based on the recommendations provided by the external evaluation in 2011.

Forced evictions are a major problem in Cambodia

Forced evictions as a result of development projects, land disputes and land grabbing are among the most widespread human rights violations in Cambodia. There is a lack of secure tenure for land. While the Cambodian Constitution incorporates international law, which requires that the government provide adequate alternative housing and compensation regardless of whether those affected rent, own, or occupy their homes, enforcement of the law protecting peoples’ rights is weak or non-existent.
Forced Evictions are not just a phenomenon of urban areas, but also in rural areas where Economic Land Concessions (ELCs) have been granted and local communities are involved in land disputes with concessionaires and senior military and government personnel and other powerful and influential persons.

The Cambodian government’s resettlement practices around forced evictions have not conformed to its obligations under international law and the safeguarding policies of the agencies implementing these development projects:

After forced evictions, the government typically resettles residents in sites far from resources and job opportunities. While the conditions of resettlement sites vary, the sites are frequently an inadequate substitute for the people’s original homes and are sometimes uninhabitable. Most lack basic infrastructure and services, such as running water, sanitation systems, and access to education and healthcare. Due to the long distances between resettlement sites and the former areas of residence, most resettled residents are unable to keep their old jobs, resulting in drastic reductions in income.

From 282 land disputes counted in 2010, 41 resulted in forced evictions. Numbers have increased over the years. Given that the trend to rapid economic development is continuing, the numbers of forced evictions may increase in the future, especially in areas providing potential for development.

NGO Forum has been raising resettlement issues in its dialogue with Multilateral Development Banks and the Cambodian Government since 2000.

In 2002, a group of NGOs asked NGO Forum to formalise this work through the establishment of an NGO working group. Initially, this focused on the Highway 1 improvement work funded by the Asian Development Bank (ADB), particularly the problems related to involuntary relocation. The Resettlement Action Network (RAN) was formed in 2003, led by a committee of eight NGOs. The group trained NGOs in how to support resettled communities and seek justice for resettled people on specific cases.

In response to a growing need, the project expanded its focus in 2006 to include housing rights and questions of tenure security in informal settlements. This was to protect poor people from eviction caused by development projects funded by international finance institutions.  Between 2006 and 2008, the project continued to focus on Highway 1 and National Road 1 rehabilitation projects with the ADB and JICA respectively.

In 2006 and 2007 RAN also increasingly responded to forced evictions in urban areas, in collaboration with the Housing Rights Task Force (HRTF). The project worked intensively on the impacts of development projects to rehabilitate airports in Sihanouk province. From 2008–2011 and onwards the project focused on monitoring on the resettlement of people affected by the Cambodian Railway Rehabilitation Project, the Lower Sesan II Hydro power dam in Steung Treng province as well as the Union Development Group concession in Koh Kong.

On the policy level, the project coordinated with other networks such as HRTF and CHRAC to advocate for implementation and improvement of the legal framework and regulations to ensure affected people’s rights are respected.  The project also provided legal support to affected people.

The 2011 final term evaluation showed that housing issues are still rated high priority by members, and NGO Forum should continue to work on these. Because land issues cannot be seen as separate from housing issues such as compensation and resettlement, infrastructure and services, members suggested merging both networks to ensure effective coordination and facilitation to comprehensively address the issues. 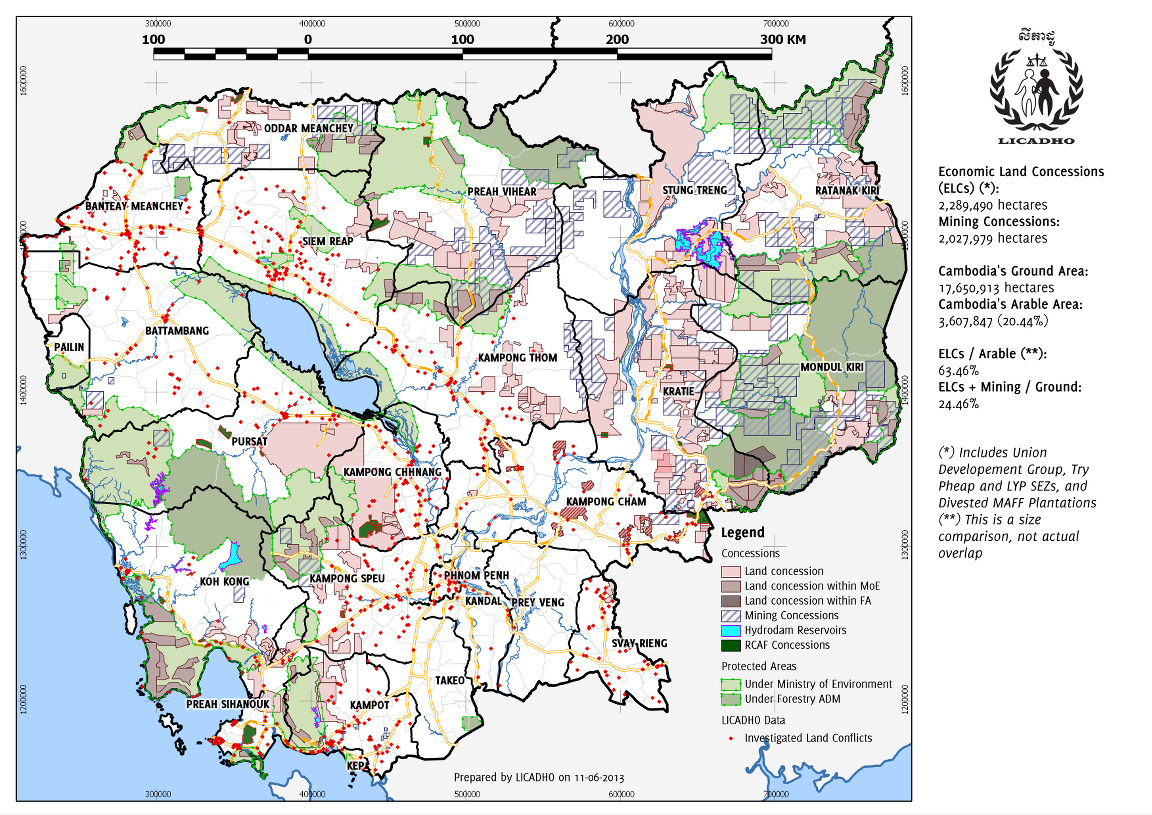