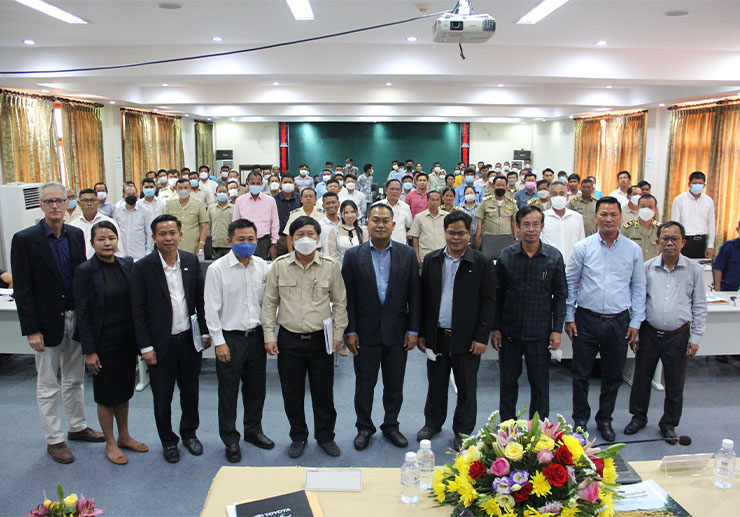 The NGO Forum on Cambodia (NGOF) collaborated with the National Committee for Sub-National Democratic Development (NCDD) organized three Regional Consultation Workshops on Collecting CSO Inputs on Customary Tenure to Forestry Law and Protected Area in Preah Vihear Province on 05 May 2022, in Kratie Province on 09 May 2022 annd Kampot Province on 11 May 2022.

The workshop has three main objectives, including:
1. Understand the draft forest law and the protected area law and study the norms related to community tenure in the forest area, including the relevant norms of the protected area community.
2. The results provide an opportunity for discussions to gather input from sub-national administrations, civil society and local communities for the process of amending the Forest Law and the Protected Areas Law.
3. Organize national consultation meetings with inter-ministerial, civil society, development partners and local community representatives to discuss in detail the input received from the sub-national level.

Based on the discussions, consultations and suggestions of the workshop, the facilitator can conclude that the input collected from the three regional workshops is really important and can be considered for inclusion in the workshop. In the draft amendments to the Law on Protected Areas and the Law on Forestry related to the chapters that describe the participation and rights of communities. Following the three regional workshops on 27 May 2022, the NGO Forum on Cambodia submitted a report to the NCDD. And we are planning to hold a national workshop with the Inter-Ministerial Law Amendment Working Group to propose the final and final draft law, and to hold a national consultation workshop to review the progress that the Inter-Ministerial Law Amendment Working Group can receive. Add before sending the final draft to the Council of Ministers.