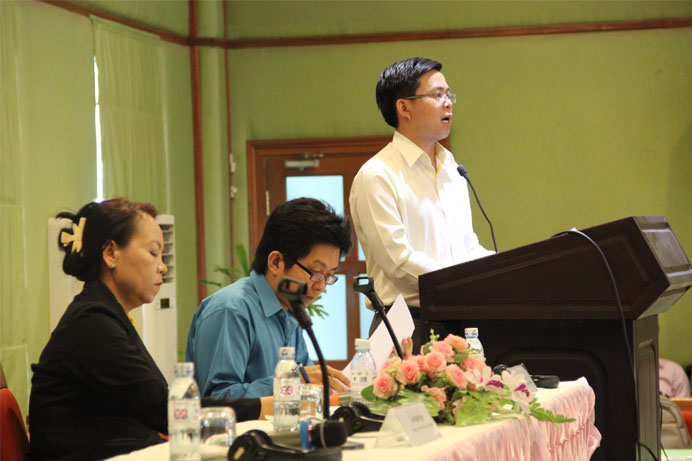 The meeting, chaired by Ms. Prum Bopha, a member of Management Committee of NGOF and Director of Rural Aid Organization (RAO), was regularly conducted in order to exchange the current information and knowledge among NGO/CO communities, update members about the NGO Forum’s progress and challenges, and discuss common solutions in order to improve performance of NGOF as well all member organizations.

Selective of the important agendas such as the update of the NGO Law, the implication of the new law on Organization and Function of the National Election Committee and the Law on Election of the Members of the National Assembly, the status of the final Draft EIA Law, and the CSO’s initiative on the Corporate Social Responsibility (CSR) were raised for sharing and discussion.

“There are such results for the last quarter, for example, the Don Sahong Dam parties were agreed to delay for six months in order to conduct the study on the impacts, and the national workshop on the UDG case between communities, local authorities and NGOs to debate for solutions,” he said. “However, us alone wouldn’t be able to accomplish all of these outcomes, but with the strong cooperation and collaboration amongst our network/members with commitments that we can make these changes.”

In addition to the discussion and updating on the working achievements, CSR and final draft EIA law, the draft NGO Law, which is a concern of the NGOs and CSOs at the moment, was also added in the agenda. Mr. Heng Pheakdey, NGOF’s Deputy Executive Director, provided the presentation based on the fourth draft law provided in 2011, and there were numbers of challenges and issues if the law is solely adapted by the government without the proper consultation with the CSOs/NGOs currently implementing in Cambodia.

Mr. Chanthrea from ADHOC shared during the open discussion that one of the main worries about the NGO Law, was the requirement on fund/budget of NGO/CSOs that must go through the National Bank of Cambodia (NBC).

“In this statement we have in hands, it seems seriously restricted the progress of the NGO operation, so my question is does the current draft law still maintain the statement? If yes, this would one of the problem we have to worry about,” he added. 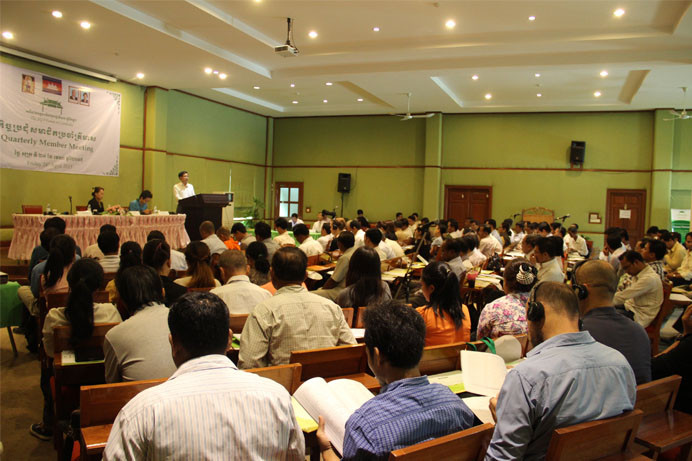