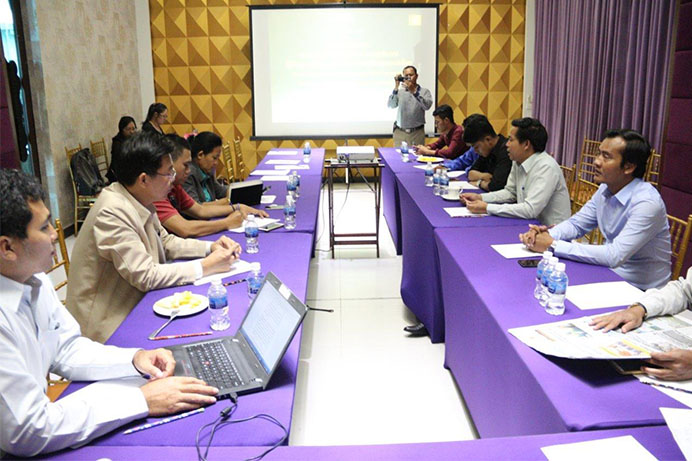 Dr. Tek Vannara, Executive Director of The NGO Forum on Cambodia (NGOF) chairs of the meeting and gives greeting to all participants for their participation in today meeting.

Mr. Sun Youra, Development Issues Program Manager of The NGO Forum on Cambodia also does the presentation on Budget Transparency through Open Budget Survey (OBS). The OBS has been implemented by the NGO Forum on Cambodia since 2008 in the cooperation with the International Budget Partnership who based in Washington D.C. This OBS survey is an international standard and can compare over the time for central government budget transparency.

He explains what is Open Budget Survey? The OBS is measuring three aspects of how government is managing public finance: Budget transparency, budget participation and budget oversight. The OBS methodology and questionnaires are also presented to help participants to clearly understand about the way in assessing of the budget transparency. In addition, he also highlighted the changes in the OBS 2017.

Last, he presents the Cambodian Finding in OBS 2015. The result of OBS in 2015 has indicated that the budget transparency score for Cambodia was only 8 while the global average score is 45. The budget Participation score was also 8 while the global average score is 25. This has indicated that the government of Cambodia is weak in providing the public with opportunities to engage in budget process. Last but not least, the budget oversight score was 43 for the legislature and 58 for audit out of the 100 score. It means that the budget oversight by legislature and supreme audit in Cambodia are limited. 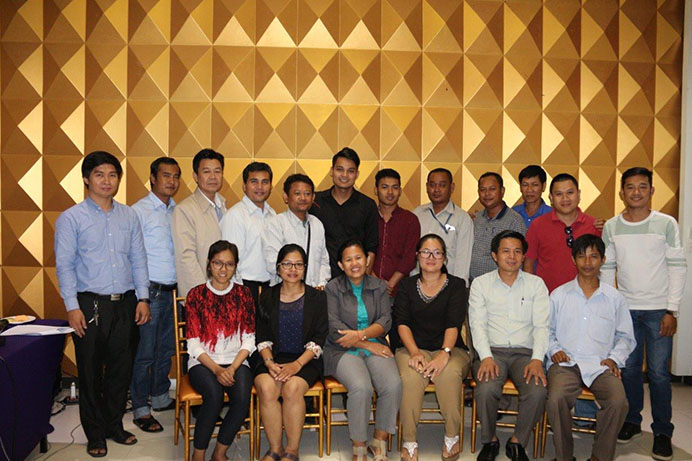 Last he thanks to all participants who are always active in sharing /releasing information with professionalism. Then the meeting is proceeding with self-introduction by each participant before the first agenda is started.