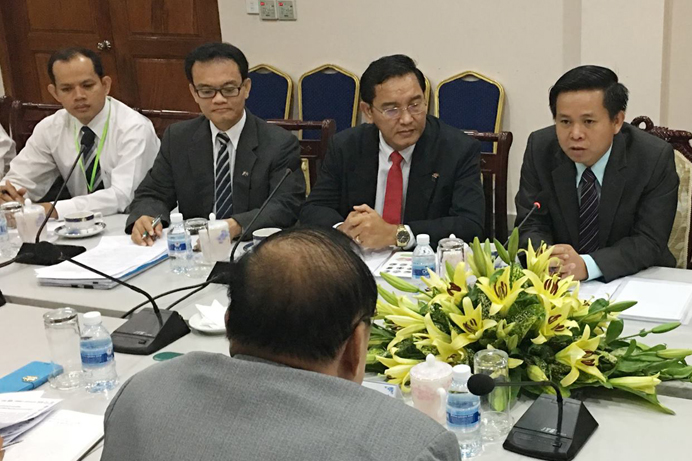 The meeting also requested supervision and monitoring of solutions for a number of important issues, including 1) Land conflicts between economic land concession companies and indigenous communities continue to exist and no solutions have been found. Companies, including Heng Roy, Lan Fen, Heng Nong, and Heng You, cover more than 40,000 ha of forested land, and affect 39 villages in the districts of Tbeng Meanchey, Chheb, and Chey Sen, Preah Vihear province and Binch Phuoc 1 Company in Sre Preah commune, Mondulkiri province; 2) forestry crimes in indigenous areas continue to occur, e.g., in Pu Kung village, Sre Preah commune and Chakchar village, Sre Chhouk commune, Keo Seima district, Mondulkiri province, and crimes in other forms in Prey Lang areas; 3) Granting of social land concession affects productive forest, protected forest, spirit forest, burial forest, and reserved forest, and in particular, safety of indigenous communities (the case in Bousra commune, Mondulkiri province); 4) Because there remain land conflicts, preliminary mapping is complicated, and in particular, because there is no solution by competent authorities, collective land registration has been slow; 5) Challenges of effective forest protection and management of natural resources: At present, natural resource protected areas of the Kingdom of Cambodia cover 7 million hectares; 6) Mechanism for mitigation and management of disasters caused by climate change on agriculture, hydrology, financial governance of climate change, etc. For example, the last drought seriously affected people’s livelihood and fisheries: deaths of about 67 tons of spawning fish in the Tonle Chhmar Lake area, and deaths of livestock in the Ramsa areas of Stung Treng province, etc.; 7) Fishery crimes continue to occur, in particular, in Tole Sap Lake; 8) Concerning low rice prices, there has been no specific solution mechanism; 9) Construction of hydropower dams on the Mekong River mainstream and key tributaries continue while there is no in-depth study of transboundary impacts on water flow, biodiversity, and especially, comprehensive consultations with communities directly and indirectly affected.

At present, some development projects have not prepared EIA reports yet. Some other companies have prepared EIA reports, but they lacked public participation from directly affected communities and other stakeholders, transparency, and accountability in the operation of development projects, and reporting, providing true and comprehensive information, and people’s decisions remain a challenge that the Royal Government has not addressed. In addition to the aforementioned important topics, civil society organizations also requested that the 3rd Commission of the National Assembly conduct study visits to some areas to see and monitor real issues, including study visits to: 1) the Sambor, Lower Sesan 2 and Don Sahong Hydropower Dams, 2) the provinces around the Tonle Sap Lake to supervise and monitor protection and conservation of fishery resources, 3) the Prey Lang area and sand dredging business areas, and 4) request for regular six-monthly meetings between the 3rd Commission and civil society to review and resolve common problems. In response to the topics raised by representatives of civil society organizations, H.E Hou Sry, Acting Chair, 3rd Commission of the National Assembly, and Chair of the meeting, welcomed all the concerns and important topics raised. He presented progress and important work achieved by the National Assembly, which includes invitation of the relevant ministers to answers to questions on issues, including the Ministers of Environment; Agriculture, Forestry, and Fisheries; Mines and Energy. He added that the 3rd Commission had met with H.E Say Samal, in which questions were asked about issues related to coastal areas and islands, progress of changes in the environment, REED+, export of timber to Vietnam, flooded forest in Kampong Thom, Prey Lang, and boundary demarcation, allocation of budget to sub-national levels, and other important issues. He considered that requests by civil society organizations were consistent with current issues in Cambodia. The 3rd Commission welcomed and would consider the requests by civil society to include study visits by the 3rd Commission to different areas in the Kingdom of Cambodia to review and monitor law enforcement by the executive body. In particular, the 3rd Commission would take part more actively with ministries in monitoring of amendment of laws related to forestry, fisheries and natural resources. In particular, the 3rd Commission visited and monitored important issues in the past year, including visits to the Lower Sesan 2 hydropower dam and Don Sahong areas in Stung Treng province, visits to provinces around the Tonle Sap Lake, to review issues related to fisheries and other issues, and visits to other areas. In conclusion, he stressed climate change and disasters, but said Cambodia had been considered a country without environmental pollution from greenhouse gas, which was a world’s concern under the UN mechanism. However, we were the most vulnerable country. After the 2015 Paris COP21, the Kingdom of Cambodia has ratified to ensure sustainable use of natural resources. For example, we sold carbon credit of the Seima Protected Forest in Mondulkiri province, and planned to include other areas. These mechanisms would help address some concerns raised by civil society organizations. In sum, the meeting between civil society organizations and the 3rd Commission of the National Assembly achieved fruitful, positive results in promoting National Assembly’s monitoring of conflicts over natural resources towards better management of natural resources both at present and in the future. In particular, both sides agreed on better collaboration to address common issues. 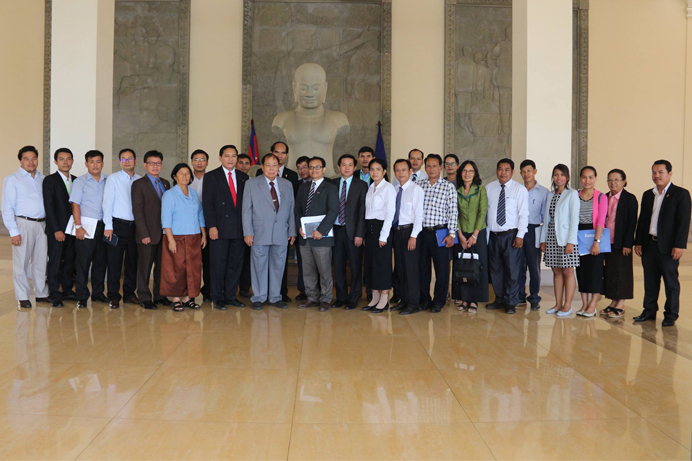