On 2nd – 3rdFebruary 2017, Phnom Penh, the 1st Quarterly River Coalition in Cambodia (RCC)Members Meeting in 2017 was organized. The meeting was hosted by Community Rights on Hydropower Development Policy Monitoring Project Coordinator of the NGO Forum on Cambodia as a vital role of RCC’s secretariat. There are 22 participants (6 women) who represented for both national and international NGOs attended the meeting. The overall objective of the meeting was focused on sharing and updating on emerging issues of hydropower development on the Mekong mainstream and step forward to advocacy to benefit for community rights and sustainable use of natural resources. 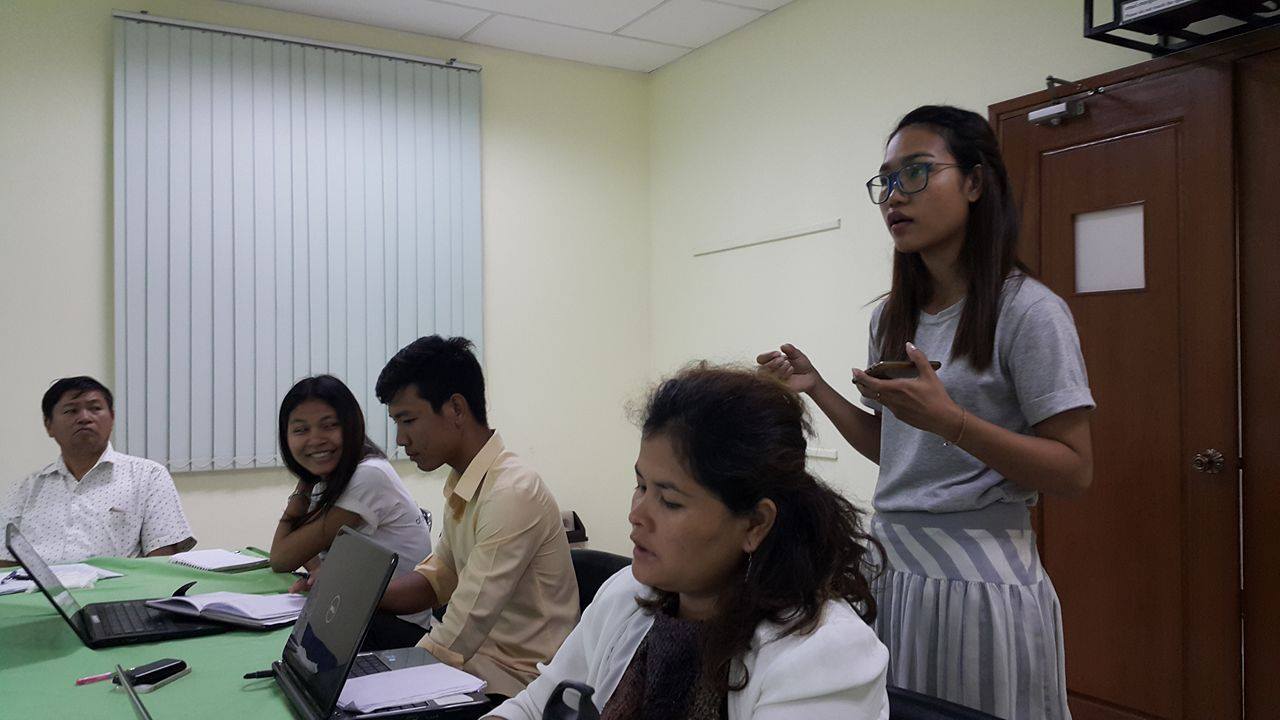 The meeting wasdefined advocacy approaches for specific cases includes (i) Lower Sesan 2 hydropower in Stung Treng province, (ii) the proposed new dam in Sambor, Stung Treng and Sekong, Cambodia (iii) Don Sahong case and new proposed dam in PekBeng, Lao. Importantly, the meeting was come up with key action towards CSOs campaigns and dialogues on the issues of water governance in Mekong Region. See results of discussion as below:

Currently, there are some of concerns were raised by local people and dam- affected communities such as: (i) Relocated communities (new settlement communities) are do not happy within $6,000 US dollars of compensation and as well as house building, which provided by dam project developer, because of those amounts are do not enough for them to start up with new house. In additional, for house building which provided by company it’s doesn’t go through living standard for local people and some of those house have been cracked and rain leaked can’t use. (ii) Relocation communities are facings many problems related to their health and livelihoods, because the new area is not good enough quality of water resources and soil for them to access traditional crop plantation, livestock and animal raising, especially sustainable food security. (iii) the final decision making from Disagree-relocation communities “We don’t leave from our village because it’s great place for my people and other villagers to rely on such as fishing, crop crowing and Non-timber products harvesting. We scarify to die here in our village even the dam has been closed gate and/ or flooded into my village.” said, Mr. HortKhouern, representative from SreKorvillage.

Lao, Cambodia and Malaysian government have to responsible for the dam impact because villagers have already raised their concern and opposition to the dam but have not received any meaningful response yet.

To address this concern, both national and international institutions have released their statements and called for urgent intervention on Don Sahong case. For instance, The Rivers Coalition Cambodia (RCC), together with international conservation groups Conservation International (CI), Oxfam, World Wide Fund for Nature (WWF), and other 15 local NGOs and International NGOs (INGOs), was shared a joint statement to raise strong concerns over the Procedures for Notification, Prior Consultation and Agreement (PNPCA) process for the Don Sahong Hydropower Project (DSHPP)[4]. In addition, civil society groups are calling for consideration of the concerns of people living in the Mekong River areas over the development of the Don Sahong Hydropower Dam in Laos and the development of hydropower dams on the Mekong mainstream in the ASEAN-U.S. Summit was happened on 15-16 February 2016 in Sunny Lands, Rancho Mirage, California, the United States of America. Furthermore, the United Nations Special Procedures has detailed concerns over the controversial dam under construction on the Mekong River in Laos[5]. The institution jointly wrote to the Government of Laos, the Mekong River Commission, Malaysian project developer Mega First Corporation Berhad, and the Malaysian government raising their concerns in February and again in March 2016. They have not yet received any replies. Unfortunately, series of advocacy activities and campaigns have been not found any results yet.

However, the PNPCA, and the Prior Consultation procedure in particular, has been the subject of significant critique and concern from stakeholders across the region since the first project on the Mekong mainstream, the Xayaburi dam, underwent the procedure in 2011. Despite clear expressions of concern and strong responses from the member countries of the MRC against the construction of the Xayaburi dam, and requests for a ten year moratorium on dam-building and further studies including basin-wide assessments, the Lao government moved forward with the project. In spite of unresolved concerns over Xayaburi and the impacts of damming the Mekong mainstream, the Government of Lao commenced construction of a second project, the Don Sahong dam, in 2016. As with the process for Xayaburi, significant concerns and opposition from neighboring governments, requests for baseline assessments and trans-boundary impact assessments went unanswered. The approval of the concession contract by the Lao parliament for the construction of the Don Sahong dam was made when requests by the three member countries of the MRC, i.e. Cambodia, Thailand, and Vietnam, as well as downstream communities and civil society organizations, had not been responded to or addressed. For both Xayaburi and Don Sahong, no clear responses were ever given to many of the questions raised in the MRC secretariat technical reviews.

Experience to date shows little evidence that the concerns raised during Prior Consultation procedure will have any meaningful impact on decision-making. For both Xayaburi and Don Sahong, the procedure failed in its objective to ensure cooperation for the sustainable and equitable use of the Mekong River, as no agreement was reached between the governments on addressing the issues and the Prior Consultation procedure could not be formally resolved.

The MRC, and its international development partners, have recognized flaws and inadequacies in the Prior Consultation procedure. The MRC has stated that it will undertake a review of the PNPCA; however no information on the status or outcome of that review has been made public. Furthermore, the MRC Council Study, agreed on by all four members of the MRC in 2011 as a basin-wide assessment of the impacts of Mekong mainstream dams, has been subject to significant delays and remains incomplete.

The construction of the Pak Beng hydropower dam will seriously affect communities in Thailand who live upstream and downstream of the proposed dam. Furthermore, it threatens to biodiversity and fisheries in the Lower Mekong, which is the source of food security for millions of people, and especially in the Tonle Sap Lake, which is the heart of Cambodia.

The Rivers Coalition in Cambodia (RCC) agrees with the concerns of international organizations, including International Rivers, which issued a statement[8] urging the MRC and member countries to immediately address the shortcomings of the PNPCA, and the unresolved concerns between Cambodia, Thailand, and Vietnam, with respect to the construction of the Xayaburi and Don Sahong dams before considering any new project on the Mekong mainstreaming.

We, members of the Rivers Coalition in Cambodia (RCC), and national and international civil society organizations, request that Mekong River Commission halts the Prior Consultation for the Pak Beng hydropower dam, and officially request the Lao Government to suspend activities on all projects in order to address the shortcomings of the PNPCA and ensure its effectiveness. We further demand that the procedure should be suspended until the MRC Council Study is completed and the results made public. We urge the Cambodian government to recognize and support these requests.