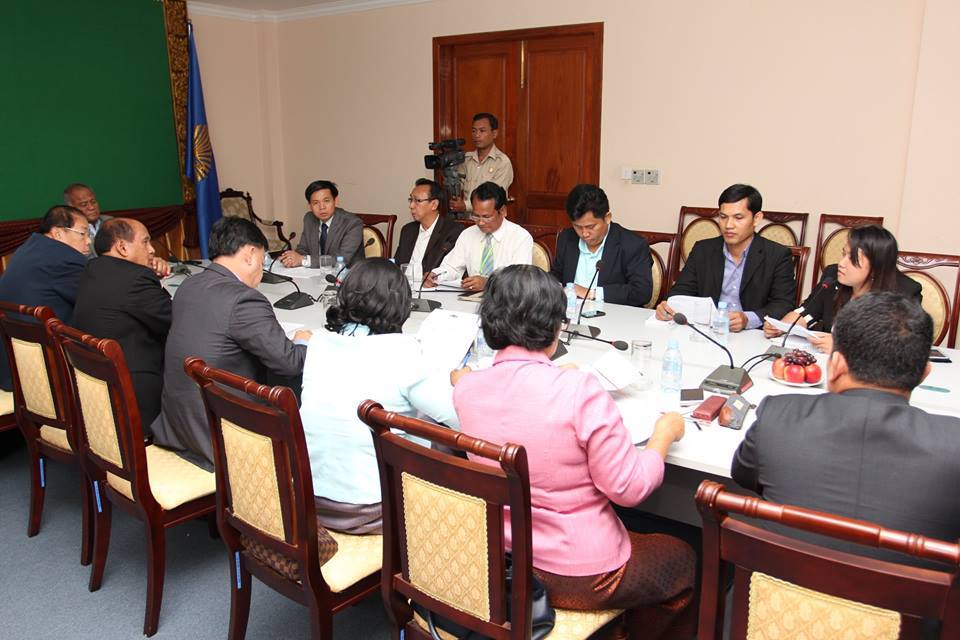 Phnom Penh, October 06, 2014: Five NGO representatives, including the NGO Forum, CHRAC, CVS, DPA, and ICSO attended a meeting with Members of the National Assembly. The main purpose was to co-organizing the National Advocacy Conference (NAC) 2014, under the theme “Working Together to Promote Effective Reform on Land and Natural Resource Governance in Cambodia” with National Assembly and the better understanding mandate of 3rd Committee.

Related to the mandate, there were a numbers of tasks for the committee such as:

“It was a good discussion between the NGOs and  committee. Every participant was able to contribute their ideas in the meeting that is  positive signs for corporation in the future work. We hope this meeting will lead us to a good partnership between NGOs and National Assembly which could promote transparency and democracy in the country,” said Mr. Tek Vannara, NGOF’s Executive Director.