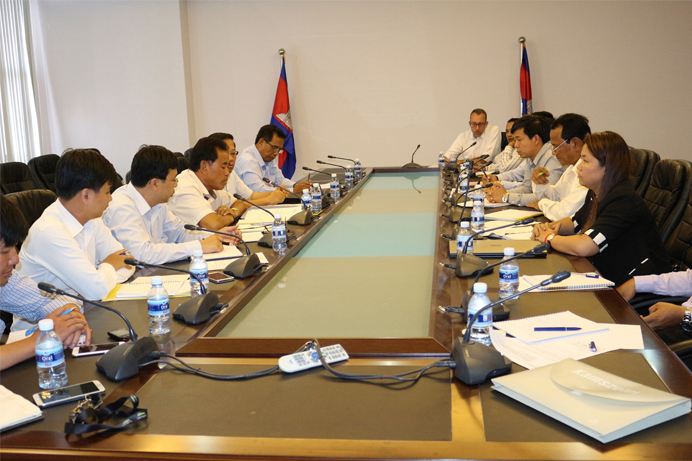 The main agendas for the meeting were:

The meeting, facilitated by Dr. Tek Vannara, NGOF’s Executive Direction, was produced several outputs for further implementation plans to be carried on by both parties. First of all, MLMUPC decided to take into consideration about an expansion number of the communities, in which received funding support from Development Partners, also the official of the ministry agreed to keep working on the procedure to transfer from State Private Land to Collective Land Guideline, but will be released only under the jurisdiction of the ministry. For the difficulty on fee for the Community land registration, the ministry will raise this issue to the secretary of stand to seek for advices and solutions. The ministry representatives added during the occasion that they are now in the process of preparing sub degree to make the land certificates for the ten communities they are working on.

Dr. Tek Vannara said that based on the meeting’s result, the MLMUPC is, currently, actively working on the selection of the communities from three provinces including Mondulkiri, Preah Vihear and Kompong Speu on the community registration applications. “Our second meeting with MLMUPC this years was a productive one, as we can see progress upon our work. Another optimistic result is that the ministry is going to organize the training session, which aim to educate and empowerment the communities that enable them to set up their own pillars,” he said. “And the ministry suggested NGOs to assist in dissemination this information to all the communities they are working with.”

In addition to all the progressive result, there were barriers as well such as the different information in term of number of communities from one ministry to another and the budget issue to work on the development plan. 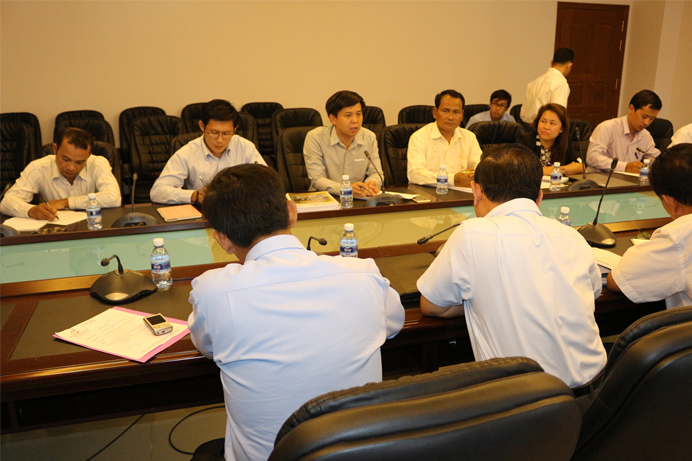