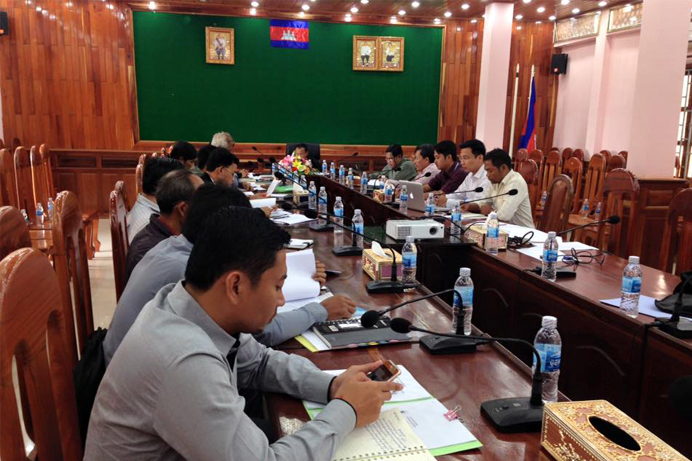 The Chak Char case was a long-running dispute between Punong Indigenous people’s lands and the Vietnamese company investing on rubber plantation. After hours of dialogue, the deputy provincial governor did reject the NGO investigation report based on the reason that it was the NGO fact findings and no government finding was involved. Hence, the provincial authority suggested that NGOs should revise some information such as numbers of affected families in this report. Simultaneously, H.E Sam Eng declared that according to the previous agreement only the size of 375 HA of community’s land in the dispute area was being proposed and acknowledged. He mentioned if the communities keep insisting for the 1,500 HA as written in the report, the possibility for the resolution seem to be atom.

Chak Char village is located in Sre Chhouk commune, Keo Seima district, Mondulkiri province with adjacent the boundary of Kratie province. The village consists of 180 families that most of them are Punong indigenous people who have been living there since their ancestor era . Their livelihoods have been relied on farming, rotation cultivation and access to Non-timber forest product (NTFP) in natural forest zoning in Keo Seima protected forest. Through the unity among indigenous people, they have been formed as a community and requested for registration their land as Collective Land Title. Taking on CLT processes, the community was recognized their indigenous identification by Ministry of Rural Development on 24th May 2010 and registered as legal entity by Ministry of Interior on 13th November 2013 . However, the community lands have not been registered as CLT yet because the conflict overlay boundary with the Vietnamese company name “BENH HOEURK KRATIE RUBBER 1 COMPANY LIMITED” investing on rubber plantation.

The conflict has been taking place since December 2012; while indigenous community filled complaints many times to provincial authority but there has been no proper resolution. Therefore, the community decided to make a file complaint to National Assembly (NA) in 2014. In response, NA has ordered to provincial authority to review causes of conflict and find any solution for indigenous community. Up to now, the communities’ complaint  has not been taken any action for resolution.