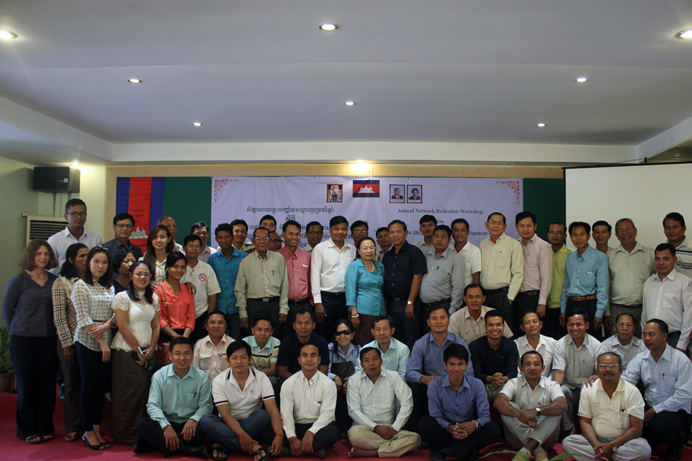 The annual program was organized with three main purposes including review and reflect on LLP 2015 action plan’s implementation containing achievements, challenges and lessons learnt; define 2016 strategic directions for IPFN and LAHRIN; and strengthen and build up solidarity among LLP network members.

“We are going to make this two-day meeting to be a productive event that every partaker will have space to share experience and absorb knowledge amongst each other. Additionally, I believe, through our productive discussion, we will be able to produce the effective action plan for 2016,” Mr. Ouk Vannara, NGOF’s Deputy Executive Director mentioned during the welcoming speech. He added that I expect the NGOF’s network members to gain more knowledge about the National Land Policy, which was presented by H.E OU Vardy, State Secretariat of Ministry of Land Management, Urban Planning and Construction (MLMUPC).

Mr. Houn Chhundy, LAHRiN’s representative had shared the positive view on land and livelihood issue in his opening remark. “We have made vital significant achievements during the year 2015, such as the result on the reduction period of the Economic land concession from 99 to 50 years, land title registration for the indigenous groups, and the plan for REDD+ resolution. We wouldn’t have managed to accomplish these results without the collaboration from our network/members.” Taking this opportunity, he also encouraged every participant to bring up and share all the ideas and challenges. He suggested the participants to put those challenges on the table for the discussion and identify alternative solutions to address those challenges in the upcoming year.

The Land and Livelihoods Programme comprises of four projects, namely Resettlement and Housing Rights Project, Land Security project, Indigenous Peoples Land Rights Project and Forestry Rights project. In 2012, the program merged its four networks into two networks namely Indigenous People and Forestry Network (IPFN) and Land and Housing Right Network (LAHRIN) in order to establish closer vertical and horizontal relationships between networks and network members in order to avoid overlapping of network members’ time. It is expected that a better relationship and cooperation amongst all network members will also contribute to comprehensively dealing with land and forest issues. Hence, a regular meeting, forum and reflection are the main factors to bring up a good coordination among all network members. 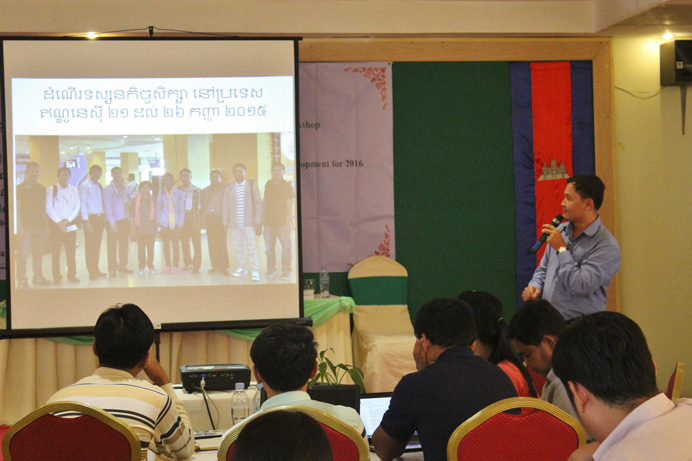