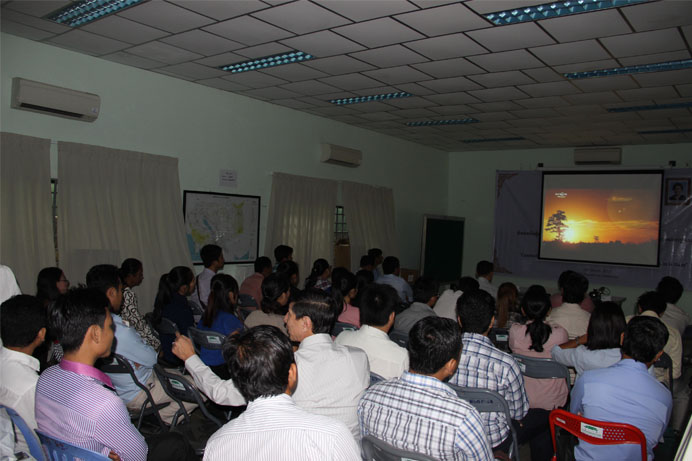 Phnom Penh, March 20, 2015: A 20-minute film, designed to promote awareness around the effects of the Lower Sesan II (LS2) dam that successfully captured the reality of local communities’ livelihoods, recommendations for concerned local communities and various NGOs’ and government officials’ perceptions about the dam, launched today in a half-day event at the NGOF Forum (NGOF) http://bit.ly/1sPETg2.

This film was made for the following purposes:

Mr. Tek Vannara, NGOF’s Executive Director shared during the event “LS2 dam project is the first large dam development (400MW) in Cambodia along the Sesan River located in Stung Treng Province. Nevertheless, based on the research, this dam will have serious negative impacts on the ecosystem of the Mekong Tributaries Sesan and Sre Polk River, especially, for communities living along the river. Moreover, the reservoir of the project will destroy up to 39,000 ha of forest areas, including 10,000 ha of private forest concession.” He continued, “Hence, we produced this video with the hope that the public, especially, the decision makers, can more deeply understand the challenging situation that villagers are facing currently, as well as in the future, after the dam’s construction is completed. Further, we hope the video will better enable the relevant bodies to provide an appropriate solution, one that could be accepted by the villagers, investors and the government themselves.”

The transcripts of the moving picture will be dispersed to several sources, including government, NGOs and the residential areas. The online edition of the documentary file is available here: http://youtu.be/8xQUcHzy0bE

The LS2 dam project is the first large dam development (400MW) in Cambodia, in which over one thousand households will need to relocate. The investment projects shareholders include the Royal Group Company and Chinese Companies, Hydrolancang International Energy Co. Ltd (Huaneng Lancang River Hydropower Co. Ltd.,) and Huaneng Group after Electricity of Vietnam (EVN) phased out. This project will affect thousands of residents living along the Sesan River. Presently, the dam is in the process of construction, mostly reservoir clearance and relocation. The majority of villagers are not satisfied with the compensation and resettlement guidelines adopted by the government and have not yet determined whether they will relocate from their own villages. 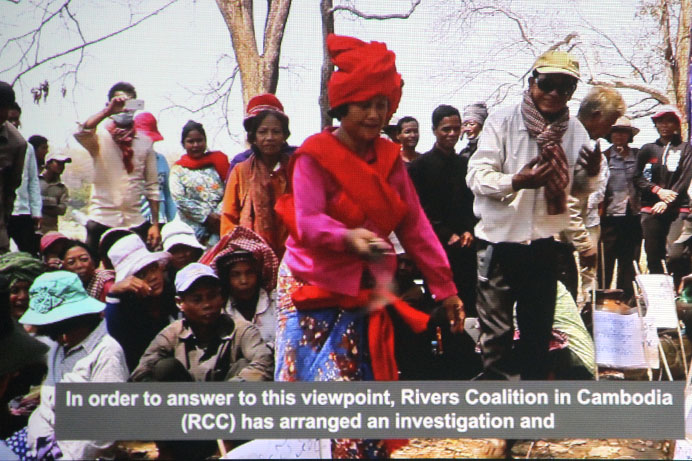