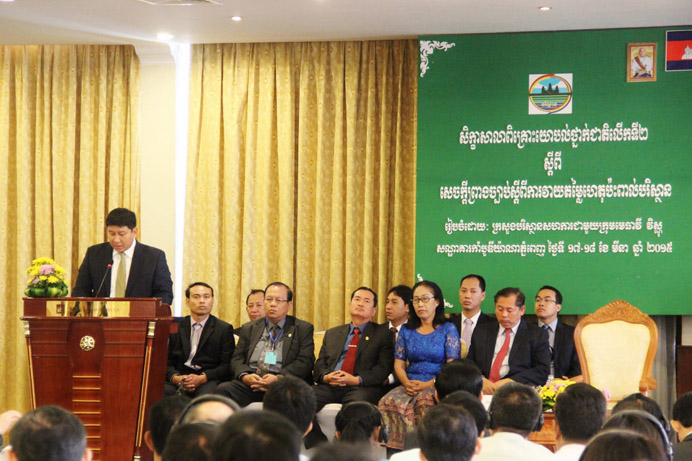 The workshop aimed to review the previous CSOs comments which were incorporated, collect further inputs and recommendations to improve the quality of the draft EIA. This fifth pre-consultation workshop was coordinated by the NGO Forum on Cambodia (NGOF) together with The NGO Environment and Climate Change Alliance (NECA), the Network for Development of Food Security and Safety in Cambodia (NDF-C), River Coalition in Cambodia (RCC), Reducing Emissions from Deforestation and Forest Degradation (REDD+), Indigenous People and Forest Network (IPFN), LAHRIN and other CBOs/NGOs.

During the opening, Dr. Tek Vannara, Executive Director NGOF, mentioned that we should consider six points for discussion in this consultation. Those points are:

“Some companies have no standards on resettlement and compensation, and we hope this law will push investors to be more transparent on the impact of their operations to the ecosystem. The gap of imbalance over conservation and development is still large, especially with joint-ventures between local and international investors, which mostly focus on natural resources.” Dr. Tek Vannara said.

The Ministry of Environment is close to finalizing a draft EIA law for development projects, but NGOs and civil society groups raised concerns that the draft law, as it stands, prevents indigenous people who live on the land from opposing such projects.

Since 2011, the new law on Environmental Impact Assessment (EIA) was developed by Vishnu Law Group working with the Cambodian Ministry of Environment. The draft Law sets forth new procedures for obtaining EIA approvals for both new and existing operations, and contains up to date provisions on topics ranging from access to information, climate change mitigation, social impact, monitoring and enforcement.

Since November 2012, NGO Forum and its CSOs/NGOs members and networks have conducted numerous meetings to spread understanding about the draft Law and collect the comments from all stakeholders at both national and sub national consultation workshops. Through this process, we have received numerous comments and submitted them to Vishnu Law Group and the Ministry. Our recommendations have been carefully considered and incorporated in the ongoing refinement of the draft Law. 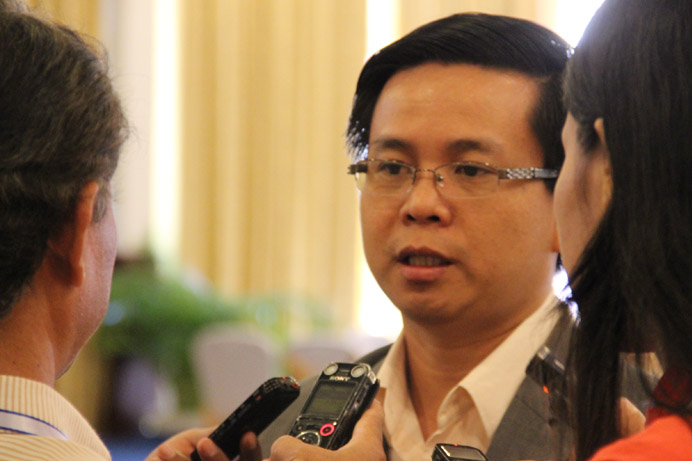