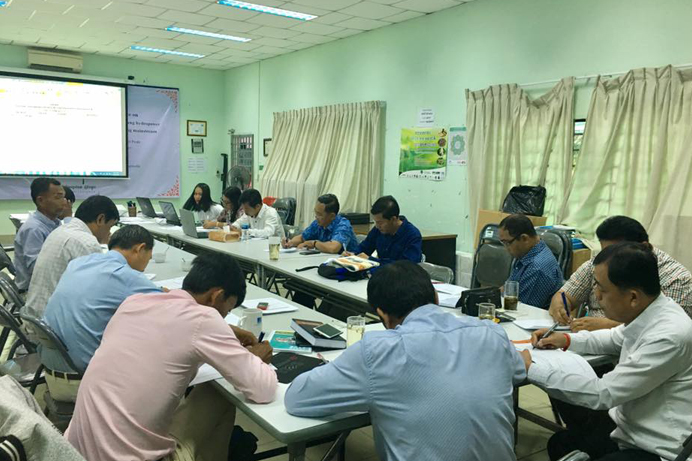 NGOF Office, 20-21 February, 2017: At the first NECA member meeting for 2017, 17 selected CSO members joined to give more focus on the strategic milestones that were defined last November with DRR/CCA mainstreaming. At sub-national level, CIP/CDP planning is key. Regarding the Annual Operation Plan and Climate Change Strategic Advocacy, NGOF and NECA members agreed to organize regular meetings among the operating committee and members. All NECA network members and partners are invited to attend these meetings so that they can share sensitive information/news on climate change and advocacy activities, raise their concerns and challenges working at grassroots level, especially with regard to government policy implementation related to climate change, and seek solutions for climate change issues.

During the two-day meeting; NECA Steering Committee and Members made the following achievements:
– The committees fully acknowledged and appreciated everything that NECA members have done in order to build the community resilience against climate change impact at both national and sub-national levels.
– At the beginning of 2017, ten CSO members, including CYA, NRD, CDC, MPC, RAO, CACO, DARE, HAC, PIN and CBTO, joined NECA.
– Internal advocacy approaches have been developed and agreed by NECA members. The committee also suggests that NECA and NGOF provide technical support, capacity building, and greener collaborations with sub-national authorities for refreshing the JPA, and working on CIP/CDP.
– The roles and responsibilities of NECA members have been agreed upon and assigned.
– It was established that the collaboration between NECA, NGOF, NCDD as well as DPs needs to prioritize building partnerships to reach common strategies and address the shortcomings. 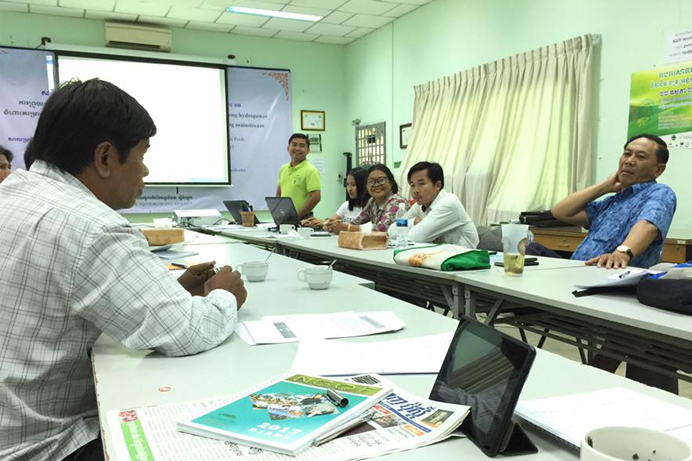 Based on recent research findings on CSO strategic advocacy last November , it is likely good while it was observed that some NECA members who have existing projects and fund supports from the DPs have worked closely with local authorities, technical provincial governors, and affected communities to influence CCA actions into the CDP/CIP since the early stages to the final stage including planning, implementing, monitoring and evaluation. First, NECA provides training for capacity building to the communities and/or commune councils to ensure that they understand CC knowledge and the CDP/CIP formulation process. They will then empower and support communities to get involved in CDP workshops to address the priority needs related to CCA in their area. The involvement of relevant stakeholders in affected communities, including village chiefs and leaders, elders, women and youth groups, is vital to identify the priority needs of the villages. NECA’s main mechanism to engage with the Commune Council on CCA consideration in the CDP/CIP formulation is by conducting VRA. Both NECA and the commune council seek technical support from other stakeholders, like line provincial governors (Provincial Department of Agriculture, Forestry and Fishery, Department of Water Resources and Meteorology, Department of Environment, etc.), financial support from NGOs, and charity or in-kind support, in the form of labor or money, from the communities themselves to contribute for successful project implementation. Finally, the commune council who was influenced by NECA, has brought the priority needs/demands of communities to the provincial meeting for the consideration of CCA into CDP/CIP. Once the project had been approved, local government, CSOs/NGOs, and communities have worked together to implement, monitor and evaluate the effectiveness of the CCA project in their areas.
This illustrated that the roles of NECA and affected communities, both at national and sub-national level, particularly in the CDP/CIP formulation, are very vital for the successful formulation and implementation of CC policies to meet the needs and demands of the poor and vulnerable people..
NECA members, local authorities, related government officers, and development partners all participated together in consultative workshops facilitated by the climate change policy monitoring project of the NGO Forum on Cambodia. The aims were to: 1) refresh the Southern Voice Program as well as JPA principles to stakeholders; 2) learn latest updates from relevant stakeholders and partners on Cambodia’s climate change policies and strategies; 3) validate the results of the survey among relevant stakeholders and; 4) seek agreement on the advocacy strategy for climate change policy influence at both national and sub-national level, particularly in the Commune Development Plan/Commune Investment Plan (CDP/CIP).