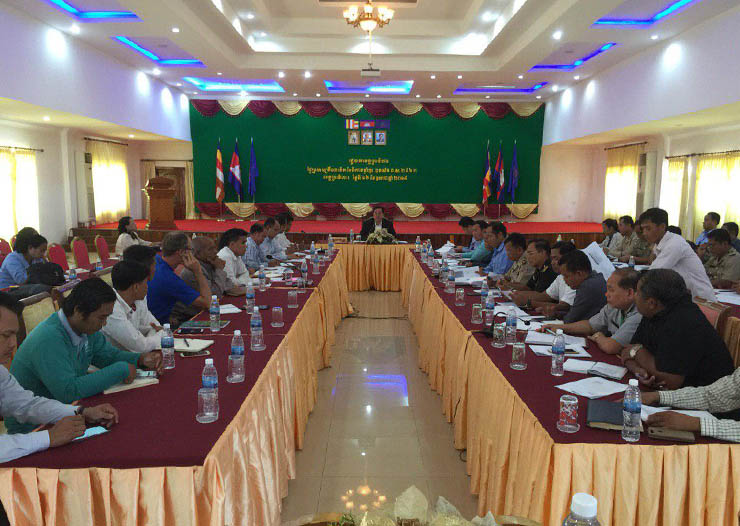 This meeting aimed to share information and discuss joint resolutions on land and natural resource conflicts. There were three cases which discussed: 1- Impact of the development of irrigation projects in Rovieng district, 2- Forestland registration list, Chba district and 3- Conservation of Phnom Thnoun, Kulen District As well as continuing to update the three cases in the next eight months, scheduled for December 2019.

As a result of the discussion, we have gained good cooperation between CSOs and provincial authorities such as allowing civil society representatives to join the provincial team in assessing the impacts. And continue working together with relevant line departments to make the above reports better, keep them together. Besides, continue to coordinate the meeting between provincial authorities, construction companies, dams, hydraulic and civil society as well as continuing to update the three cases in the next eight months, scheduled to be held on December 2019.