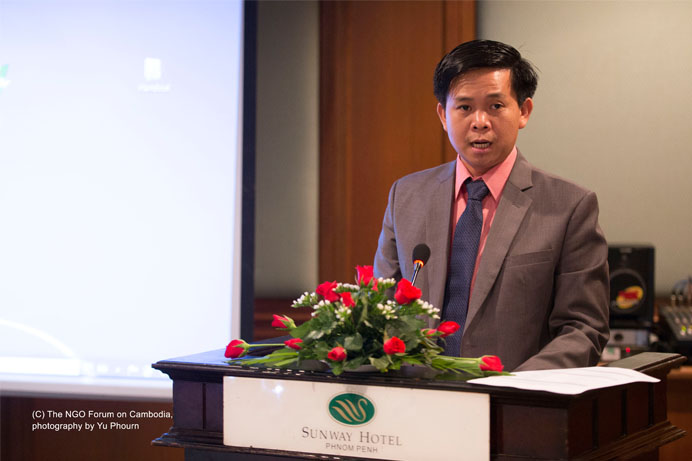 Phnom Penh, October 24:  Approximately 50 participants from different local NGOs based in Phnom Penh and the provinces assembled for a one-day national workshop on“National Budget Process and the Public Financial Management Reform Program,” organized by the budget working group (BWG), which consists of six national and international organizations, in collaboration with the Ministry of Economic and Finance (MEF) and the National Audit Authority (NAA).

“So far, the public understands of the national budget process and public financial management is still limited. This makes it difficult for the public and CSOs to engage; monitor and influence change in the national budget management,” said Mr. Tek Vannara, NGOF’s Executive Director. “Hence, we organized today’s workshop, with different and significant agendas, to narrow this skills gap in NGO capacity and to improve the engagement of CSOs and government in the national budget. This could be considered a positive step since there is direct involvement from government representatives who attended and spoke with us on this occasion.”

The participants found the training workshop was interesting and useful because all the presenters provided clear information, instructions, and explanation. According to the pre-posttest, we can assume that the participants had improved their understanding on the fundamental of the national budget development process and public financial management reform program, however they suggested to provide more trainings on the following topics: 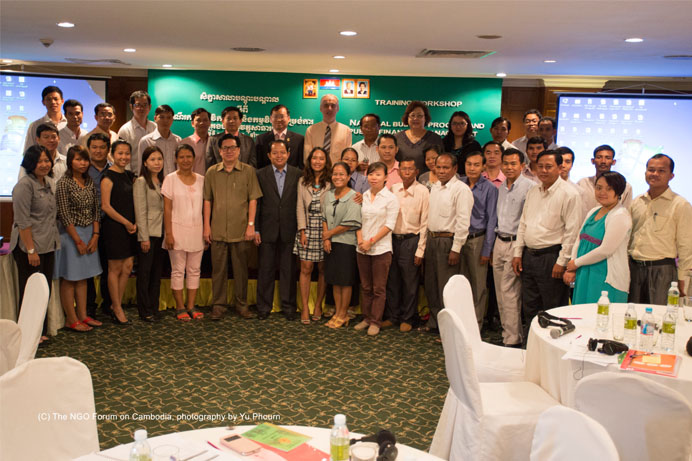