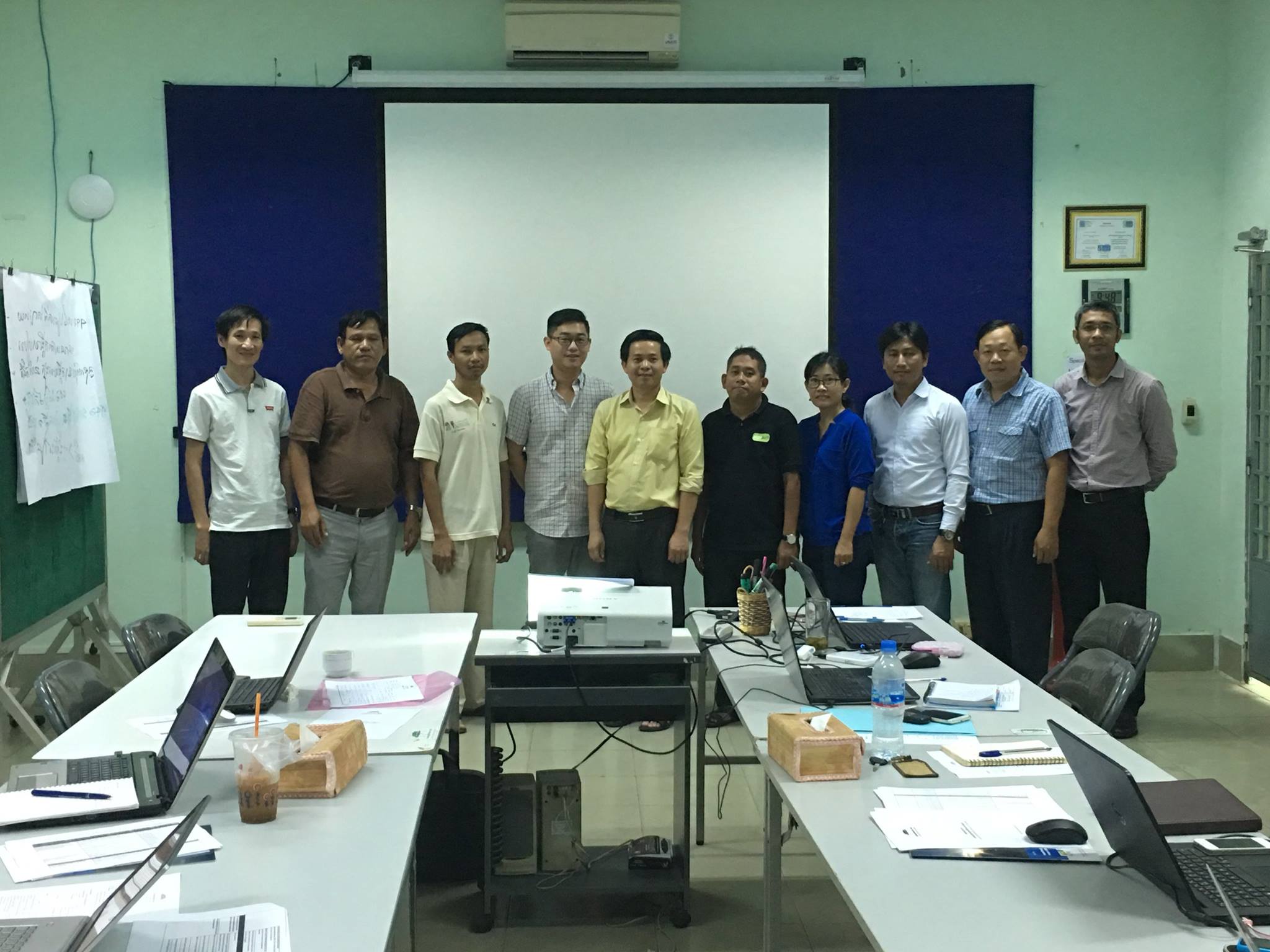 On 19 August 2016, NGO Forum office: The meeting was started by the welcome remark by Mr. EAR Chong, LLP Manager updating the REDD+ project was earlier with the Environment Program of NGOF, now the shifting from the Environmental Program to Livelihood and Land Program where Mr. Narin, the new Forestry Project Coordinator, is the focal point in NGO Forum. Mr. Narin is not able to join this morning meeting because he is leaving for Pursat for the urgent family business. The agenda was drafted by NGOF team however the agenda will be open for further inputs from the CSO REDD+ as the core group.

Dr. Tek Vannara, ED of NGOF: welcome the CSO and also expressing the upgrade positions of the key members of the CSO such as Mr. Pheakdy for his PhD graduation at US, the update position of Mr. Donal in WCS, Ms. Rithiny at WWF, Mr. Viriya at NTFP-EP and the CSO. Dr. Tek also share the update of the FCPF membership application and review where lack of application from Cambodia into the FCPF process is. Cambodia CSOs has less interested in the call. Furthermore, Dr. Tek also sharing his engagement in the name of NGOF in REDD+ workshop in Bangladesh. Whereas the CSO in Bangladesh was not able to have its umbrella organizations to work on REDD+ then, UNREDD+ has to direct to individual organizations rather than the umbrella organization. The meeting of UNREDD+ PEB has been postponed due to the resources availability. The next proposed Meeting will be in September. The reasons of this postpone because of the changing of funding from Norway – where the fund has been used in support the humanitarians’ aid in Syria conflicts as well. In addition, CSO REDD+ was not able to have its regular meeting because NGOF has internal reforms and the selection the officer to engage in the process. The delay of the funding process has also affect the CSO REDD+ that why the postponed were also made. I hope next step we should also have the regular meeting. Finally, the CSO will meet Prime Minister Hun Sen on 22nd August, the meeting of CSO – on Protection and Preservation of NRM. The draft letter has been developed to submit to PM while a few organizations still have not given their endorsement. The recommendations and suggestions have been widely agreed by major organizations working on the protection and preservation on the NRM and biodiversity.

Miss Rithiny: REDD+ there are three stages – where Cambodia is the Readiness stage. While in Readiness supported by UN REDD+ and FCPF. The funding for Cambodia is the stage of readiness from UNREDD+. Whereas Cambodia has to submit the roadmap of the National REDD+ Program. CG was established for the participation in the national processes. CG representative from 9 different stakeholders – internal NGOs, national NGOs, academia, community representative, IP representative, private sectors representative … ,  the CSO REDD+ group to give inputs and comments into the Task Force or other meetings of REDD+ the inputs are also made through the various meeting of the platform. CSO is under the coordination of NGOF up to now. The inputs from CSO is very important to contribute in to the CG and other platform. The CG has not been also active recently due to institutional changes from MAFF to MoE. NGOF has a members of Asia Pacific UN REDD+ from 2015 – ends the mandate up to 2016 (November). In the current situation, secretariat of UNREDD+ whether under MoE or MAFF. The National REDD + Strategy was a promise to road map while committed in Paris CC Agreement. The strategy is very important to show at the international arena for the REDD+ Readiness in Cambodia. ADB is currently have REDD + Investment Program, there is no clear about the REDD+ yet.
c.    Input from Mr. Viriya: the CSO would like to request the focal point of secretariat of NGOF in dealing the pending task of CSO REDD+. Mr. Viriya is active in dealing the follow up of the REDD+ Program because he is the member of ASFN at the regional level. The review ToR of the CSO REDD+ should also consider in order to make the group more functional. NTFP-EP would like to see some possibility to engage with PL and Forestry Network too. There was a suggestion if the ToR of CSO REDD+ needs the review, the membership of CSO REDD+ should also be made too. 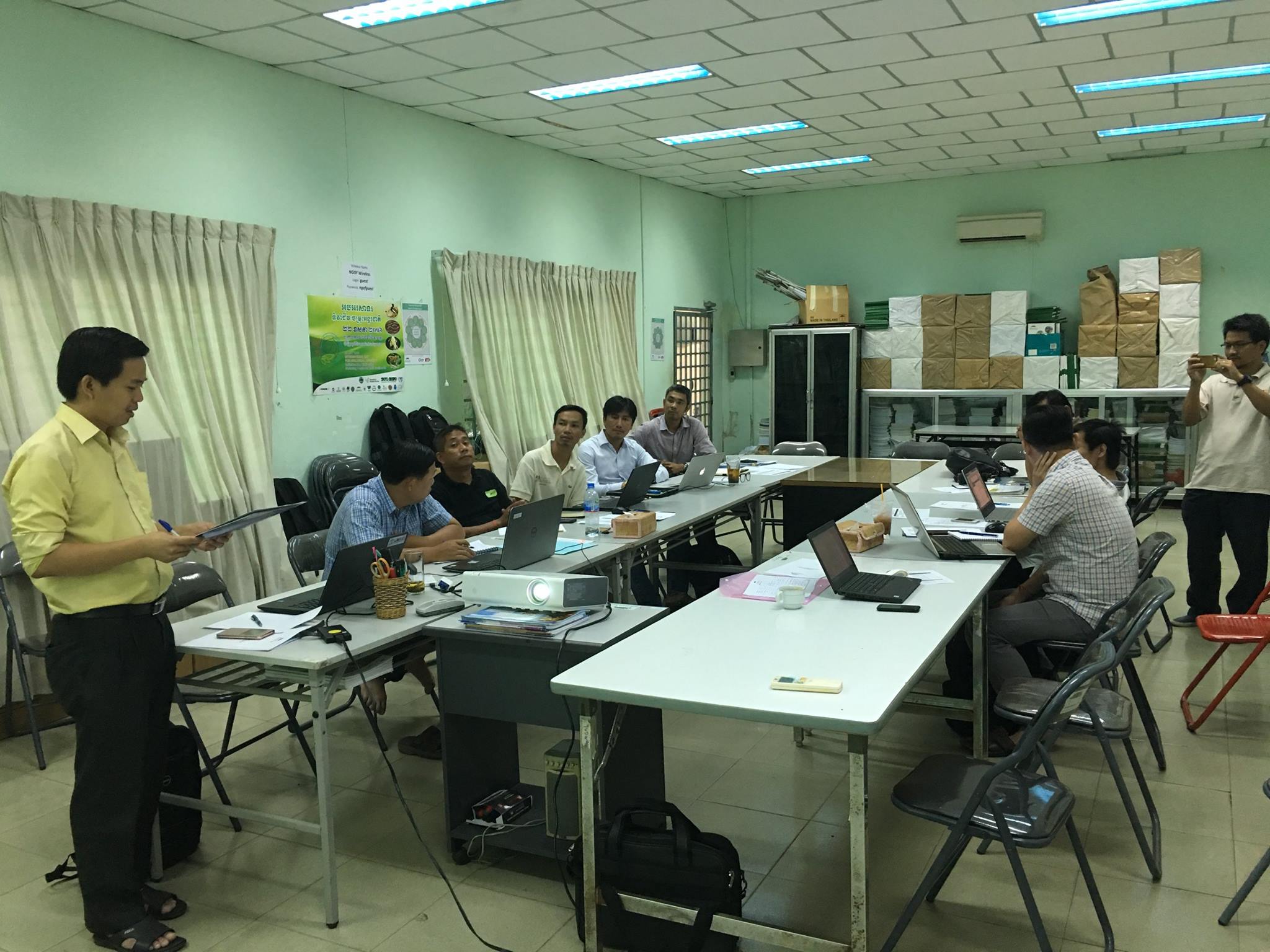