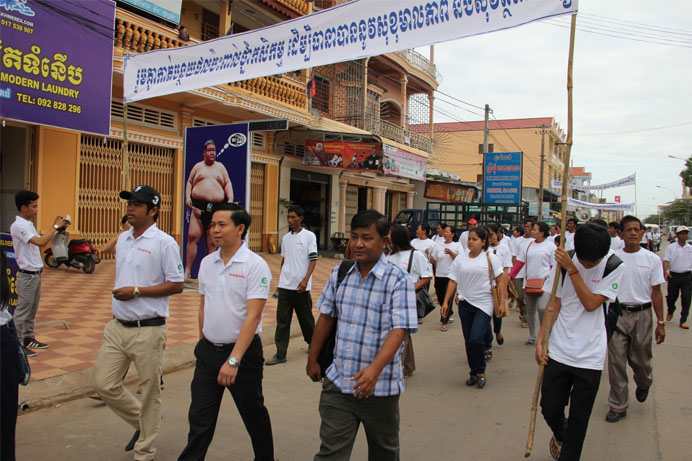 Kratie, December 11, 2014: NGO Forum on Cambodia(NGOF) in collaboration with NDF-C,Kampuchea’s Women Welfare Actions (KWWA),Oxfam and the Kratie Provincial Authority assembled to celebrate the 10th annual anniversary of “No Pesticide Use Day.” Approximately 500 participants attended, including farmers’ representatives, communities affected by pesticide, peticide business owners, relevant provincial offices, students, teachers, monks, as well as national and international CSOs/NGOs. This year, the No Pesticide Day was held in the Kratie provincial public park, and mainly focused mainly on the theme “Together Reducing the Affects of Pesticide to Ensure Well-Being and Food Safety”.

Two main objectives of the event were an appeal for relevant agencies to take part in the abolishment of the use of extremely dangerous pesticides in Cambodia and encouraging farmers, especially women, to use integrated crop management measures in their communities.

“In Cambodia, more than 80% of the total population are farmers, and most of them are using dangerous pesticides and checmical fertilizers for their farming without knowledge of the threat to humans’ and animals’ health and the environment. Often, pesticides and modern technology are imported illegally across Cambodian borders, and they are mostly from Vietnam and Thailand,” Dr. Tek Vannara, NGO Forum’s Executive Director shared. “This year’s workshop will attract the attention of all participants, in particular, local communities and authorities as well as the Royal Government in strengthening law enforcement, more effective management and monitoring of highly dangerous pesticide. At the same time, the public will be aware of and participate in monitoring, storage, and management of waste and safe practice.”

The program started with a march around the city to draw attention to the public over this issue,this was followed by a question and answer session, as well as joint statements on the abolishment of the use of highly dangerous pesticides. Participants included NGO network members, government institutions, local authorities, farmers, and the private sector.

“This event is a good opportunity for me and for all people in the community to to learn more about the impact of pesticides and the benifits of a reduction in environmental pollution and soil degradation through the use of organic fertilizers in farming” said Ms Serb Kimsoueun, a farmer from Kratie province. “I will share the knowledge I gained today with the people in my community who did not participate in today’s event.”

Every year in December, various communities and local organizations in the Asia Pacific Region celebrate a “No Pesticide Week” as part of the organization of advocacy for a world without pesticides. This week, the campaign is focusing on highlighting the danger of hazardous pesticides, promotion of better options, and raising awareness on corporate accountability over health and environmental pollution. 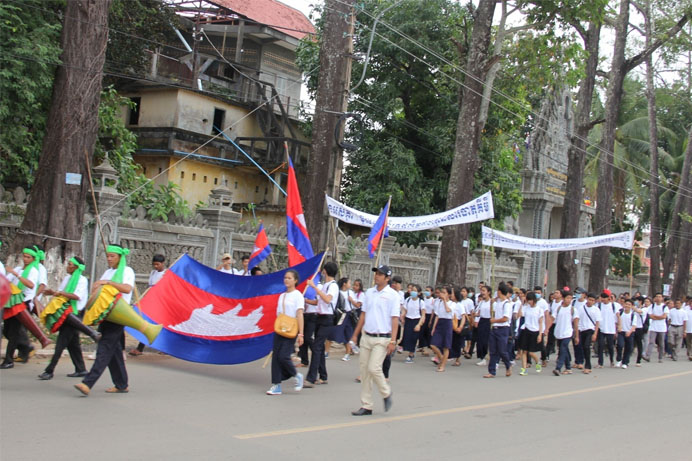