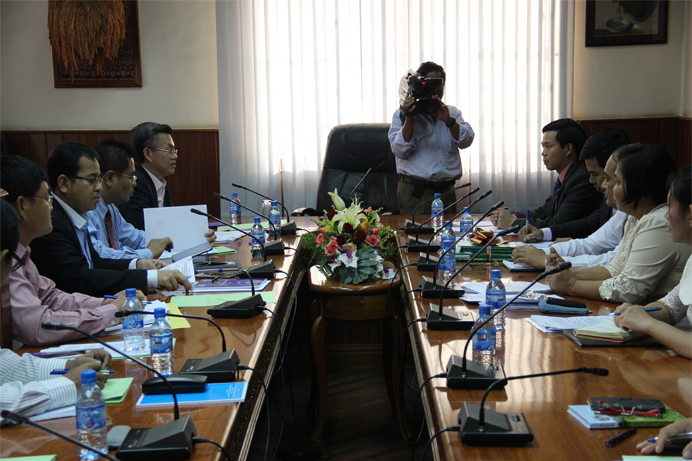 Phnom Penh, January 28, 2015: A group of active NGOs – the NGO Forum on Cambodia (NGOF), the Network for Development of Food Security and Safety in Cambodia (NDF-C), Action Aid, RACHANA – joined together for a half day meeting with Ministry of Agriculture Forestry and Fisheries (MAFF) in order to continue the discussion on the Agriculture draft law and provide an update on key achievements.

Several concerns and objectives were brought up during the meeting such as:

The meeting was led by H.E Ty Sokun, Secretary of State, MAFF and Co-chairs of the Technical Working Group (TWG) on Agriculture and Water, and was facilitated by Dr. Tek Vannara, NGOF’s Executive Director (ED), and the representative of the NDF-C members.

The key achievement’s presentation by NGOF and NDF-C, which highlighted the great benefits provided to the farmers, specifically, smallholder farmers, was appreciated by the MAFF, and each party welcomed further collaboration between both sides.

The proposed of the NGOF and NDF-C delegation to include the incorporation of the farmer declaration into the draft ASDP 2014-2018 for discussion during the workshop on February 4, 2015 at Cambodiana Hotel was welcoming by MAFF representatives who recommended that the inputs from CSOs, could help to improve the livelihood, food security and agricultural production.

“The draft law will be finalized very soon, and MAFF will open space for NGOs/CSOs, development partners and affected communities to provide comments, inputs and recommendations,” said H.E Ty Sokhun during the meeting.

Moreover, MAFF suggested a direct contact with the department of MAFF to seek for partnership upon Dr. Tek Vannara proposed whether there is a possibility that NGO Forum could host a consultation workshop to collect input and recommendations on the revised draft law and an official presentation for the last version of the draft law of Agriculture Land and the draft of ASDP 2014-2018.

Since May 2014, the General Directorate of Agriculture (GDA) has formed a working group in order to continue the process of providing and collecting feedback and comments on the draft law in cooperation with related CSOs and NGOs through NGOF. 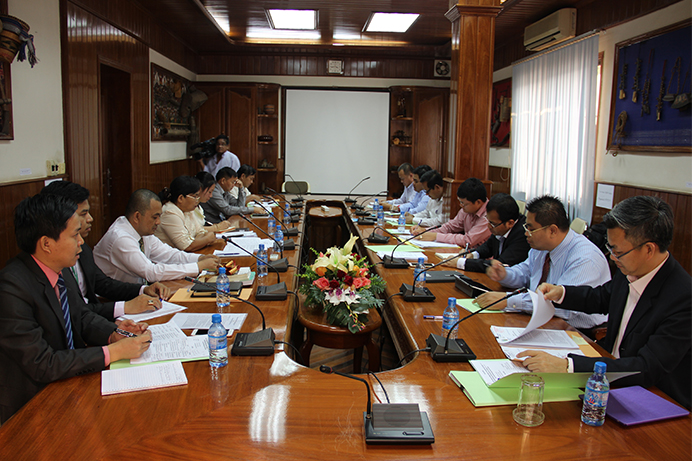