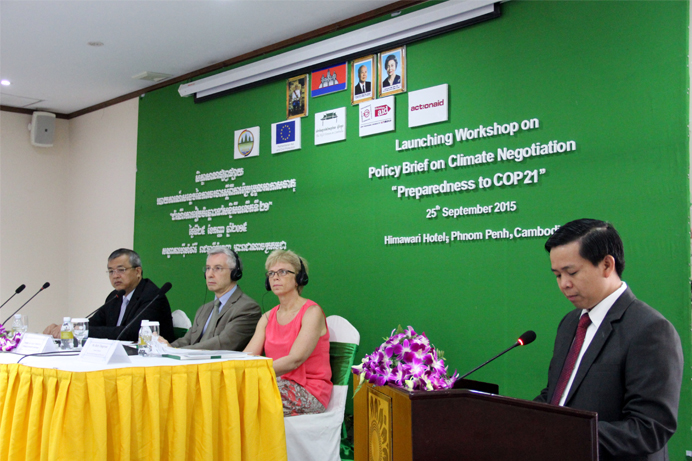 Dr. Tek Vannara, NGOF’s Executive Director claimed that this is a very important event that will help raise awareness on climate negotiation and share different perspectives for COP21 to the participants. “Hence, I am strongly encouraged an active involvement, discussion, sharing and exchanging idea among participants from all levels and institutions in order to bring fruitful discussion results and strategies to ensure the environmental sustainable to our mother earth,” he added.

The international political response to climate change began at the Rio Earth Summit in 1992, where the ‘Rio Convention’ included the adoption of the UN Framework on Climate Change (UNFCCC). This convention set out a framework for action aimed at stabilizing atmospheric concentrations of greenhouse gases (GHGs) to avoid “dangerous anthropogenic interference with the climate system.” The UNFCCC which entered into force on 21 March 1994, now has a near-universal membership of 195 parties.

The main objective of the annual Conference of Parties (COP) is to review the Convention’s implementation. The first COP took place in Berlin in 1995 and significant meetings since then have included COP3 where the Kyoto Protocol was adopted, COP11 where the Montreal Action Plan was produced, COP15 in Copenhagen where an agreement to success Kyoto Protocol was unfortunately not realized and COP17 in Durban where the Green Climate Fund was created.

In 2015 COP21, also known as the 2015 Paris Climate Conference will be crucial which requires all member states including Cambodia to endorse and sign a new Global Climate Agreement for more ambitious action. The new agreement will be implemented from 2020.

The online report on Launching Policy Brief on Climate Negotiation: Preparedness to COP21 can be downloaded here: 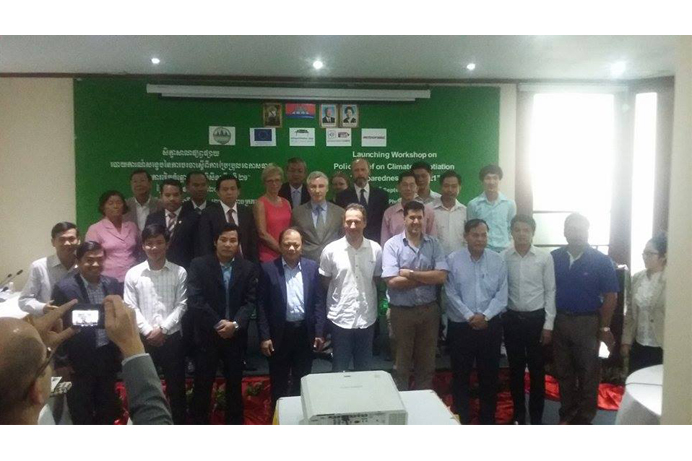 Supported and Organized by: