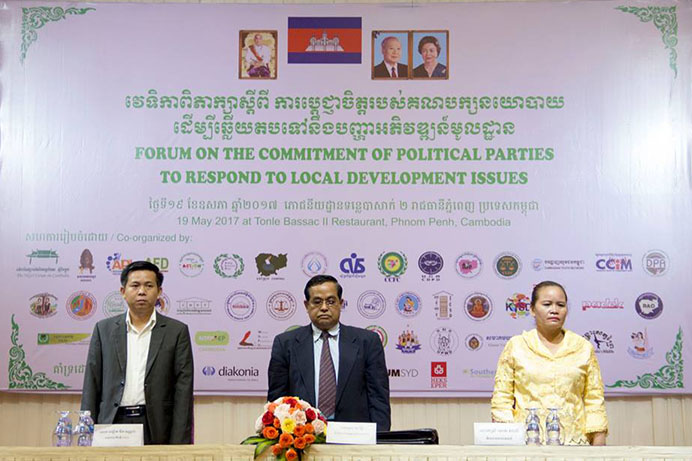 The Forum was held on 19th May 2017 at Tonle Bassac Restaurant II, in Phnom Penh.

The organizer of the Forum was NGO Forum on Cambodia (NGOF). The number of participants was 245 (86 women). The participants were from various NGOs/CSOs (approximately 53 NGOs/CSOs), different communities from all country, 8 students, 3 officials from the Government and local media (26 medias: radio, newspaper and TV).

NGOF invited 12 representatives from political parties who are participating in the upcoming communal elections to present their agendas and discuss with public. These 12 parties were: 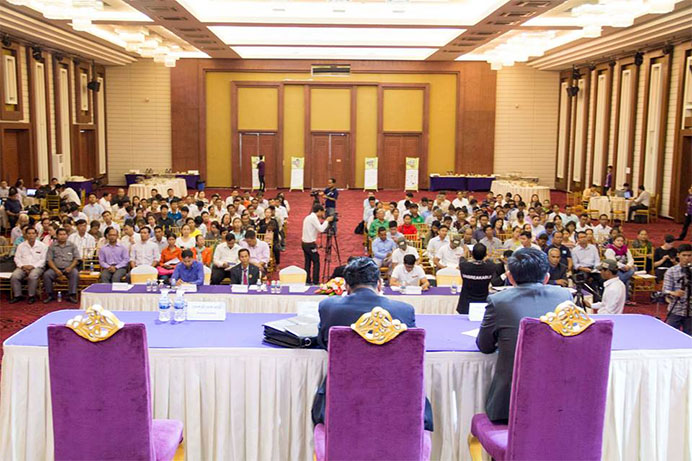 This event was divided into 2 days.
First day, Thursday 18th May, was designated for communities and NGOs/CSOs. 125 participants (49 women) were divided into 3 working groups in which they discussed the issues and questions they wanted to ask the politicians. As the result of discussions, 3 questions of each working group were chosen. 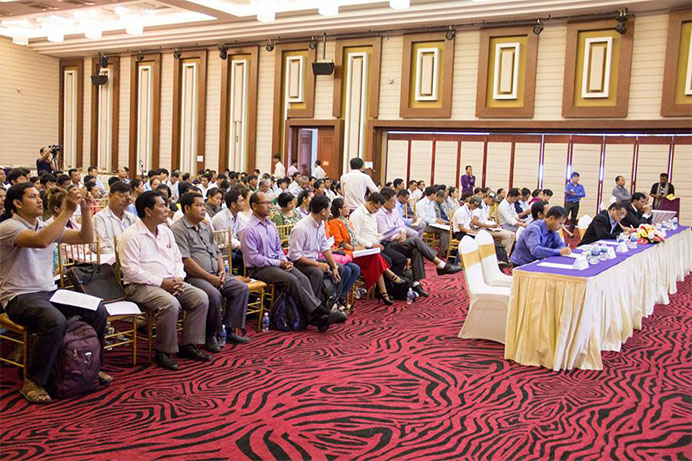 The Safety, Welfare and the Environment were discussed in the second group and these 3 questions emerged:
1. How will your party ensure effective and better education system, Social Welfare policy and Safety village commune/Sangkat Policy?
2. Does your political party have any measures ensuring that the management and use of natural resources will be in line with climate change?
3. Does your political party have any mechanisms for effective resolving land disputes in the grassroots? 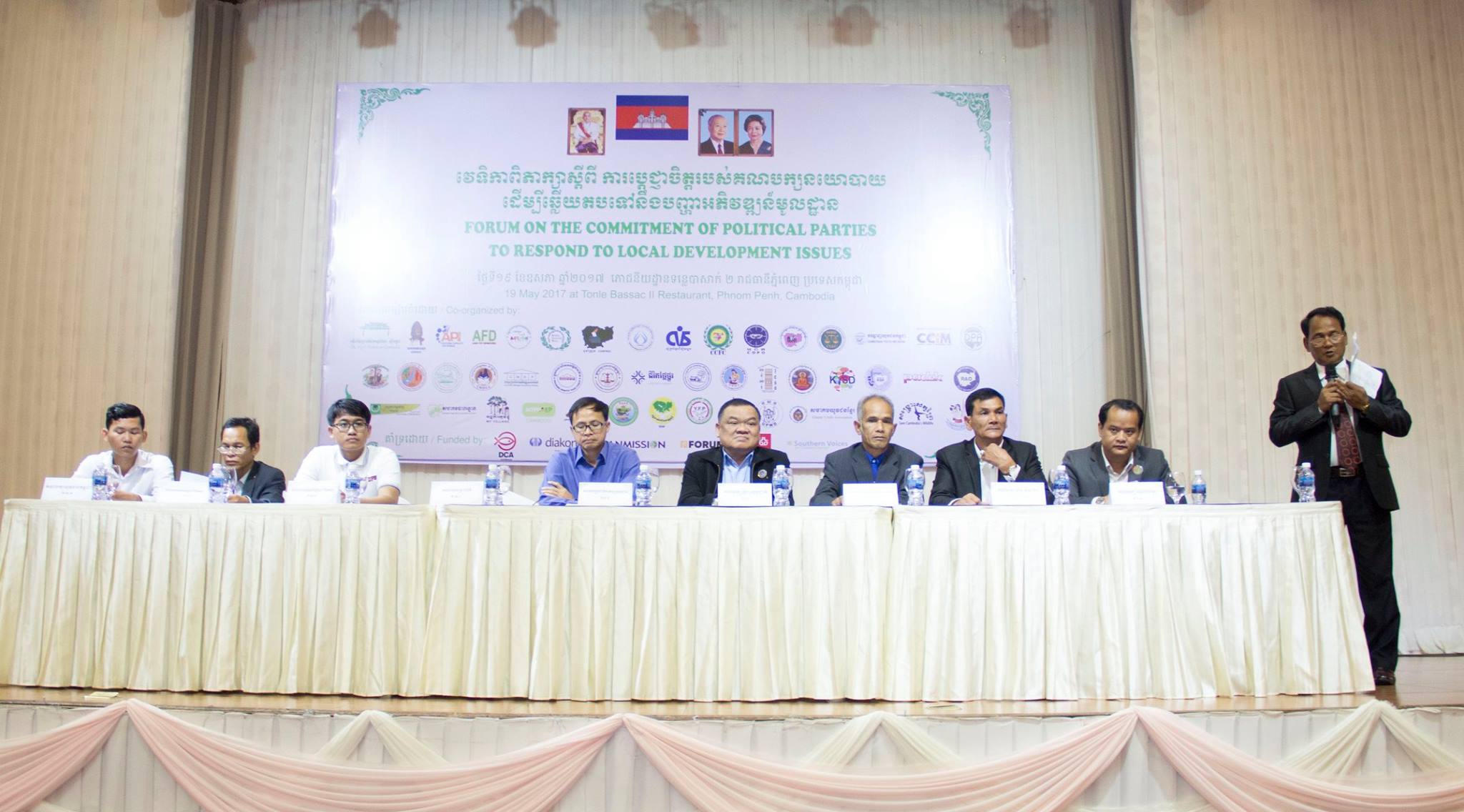 The Political forum took place on the second day, 19th May. 12 political parties were invited to express their program and to discuss on questions raised from public. However, only 9 parties appeared, Cambodian People’s Party refused the invitation. Forum offered great opportunity to civil society to meet politicians in person and to pose questions they were interested in.

The day was split in two sessions. The session at the morning was given to the representatives from political parties. They had enough time to present their programs.
The afternoon was dedicated to the audience. People from communities could ask politicians about the questions which were discussed the day before. Each representative had 3 minutes to answer.
At the end of the session, there was a space for public to ask individual questions.

Moreover, the Political Forum was aimed at spreading information about the upcoming elections amongst public through media.

In conclusion, only few political parties had a concrete program and some of the representatives did not answer all posed questions.
All NGOs/CSOs will follow up the commitments of the winning political party.