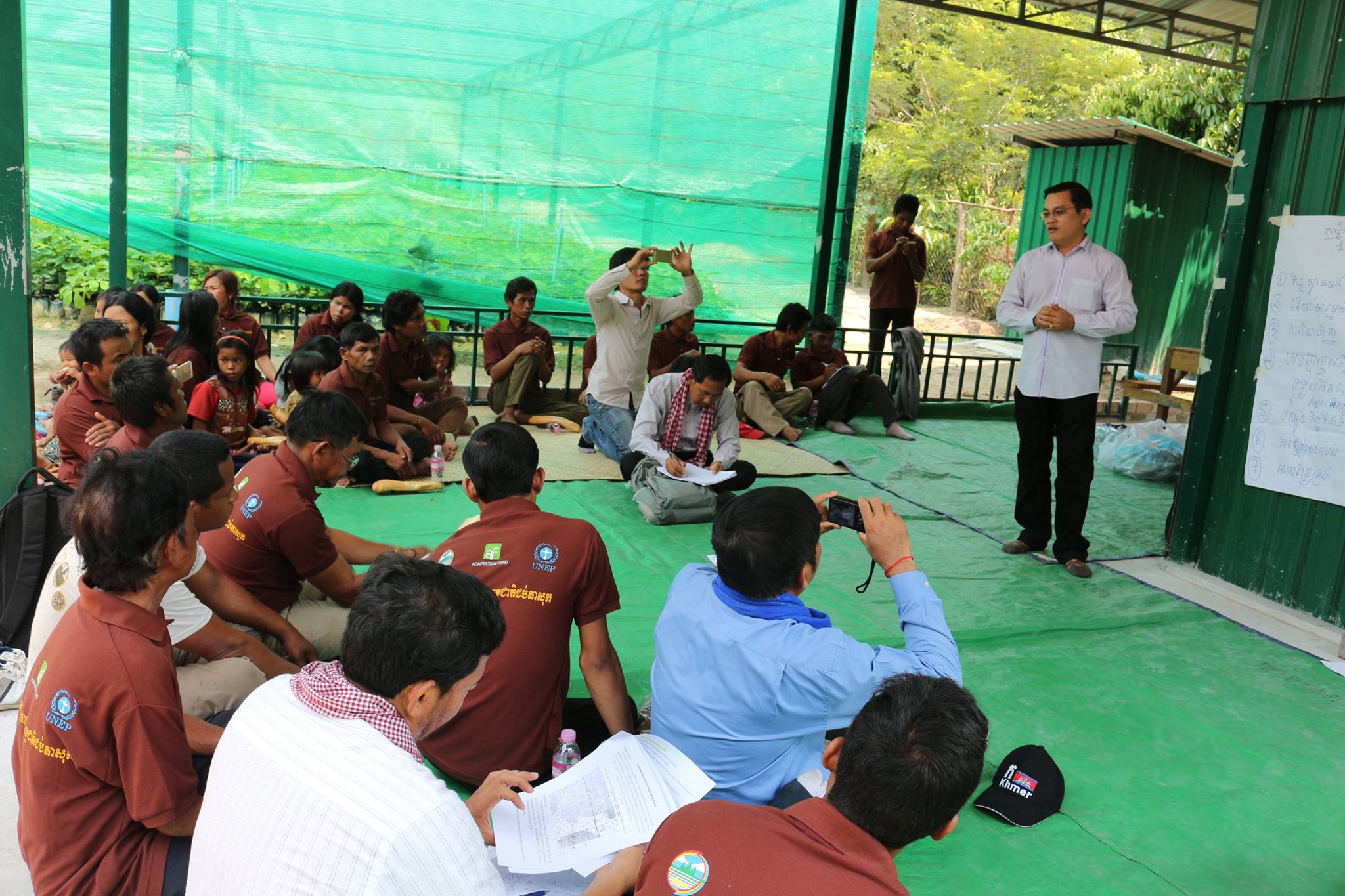 Siem Reap 08-12 May 2016: Under coordinating by Climate Change Policy Monitoring Project of The NGO Forum on Cambodia, our NGOs Environment and Climate Change Alliance (NECA) members and Department of Community Protected Area/General Directorate of Administration for Nature Conservation and Protection of Ministry of Environment conducted a bottom up consultation through field trips, community gatherings, participatory-rural appraisal and rapid-rural appraisal with project beneficiaries and other affected groups. 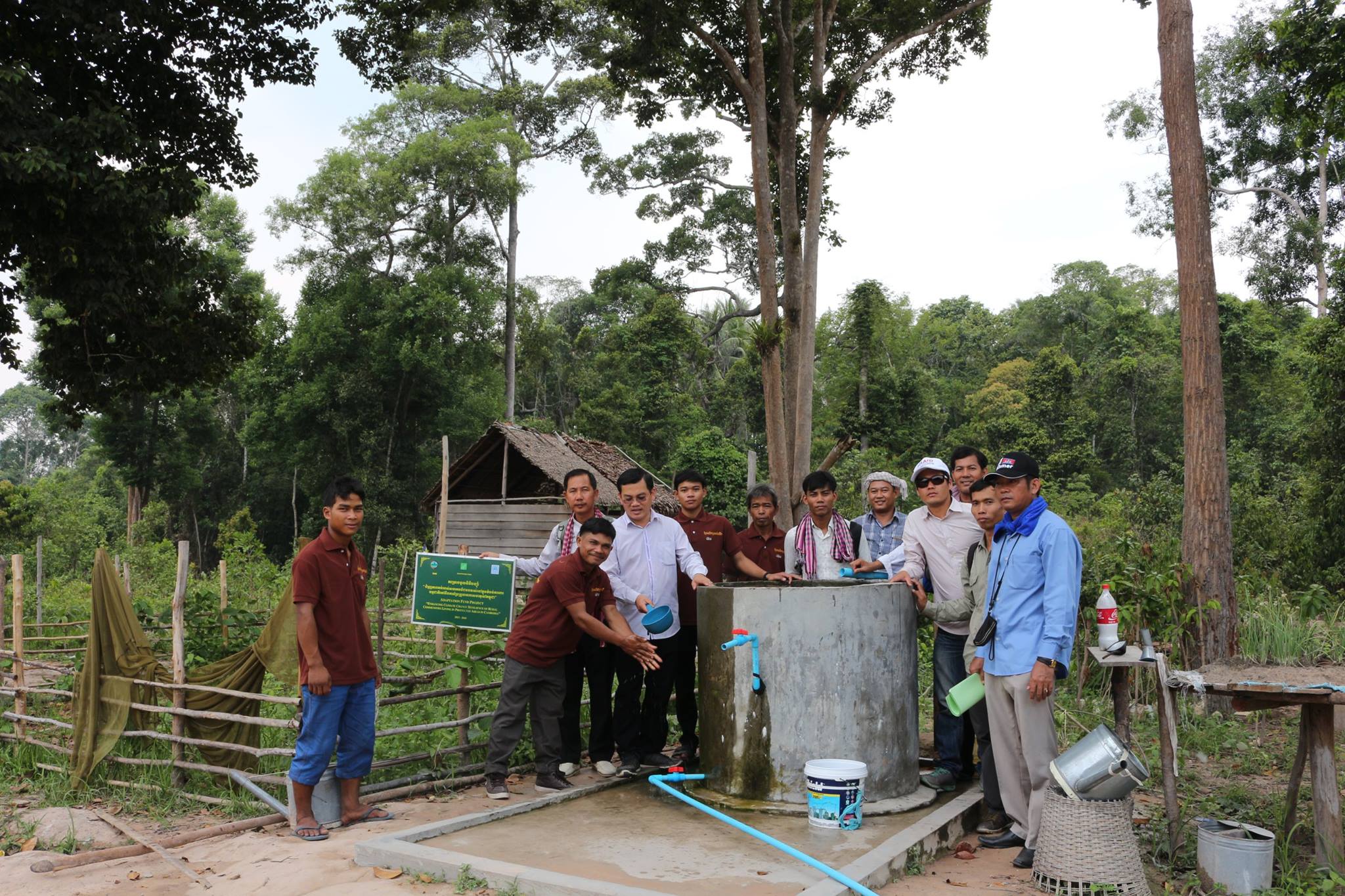 During this a five-days trip, we visited to CPA intervention sites such as Chiork Beungprey, Chom Thlork, Skor Mreach (Beung Per Wildlife Sanctuary) locate in Presh Vihear and Kompong Thom Province, and Chop Tasok (Phnom Kulen National Park) in Siem Reap Province with aiming 1) to learn about general situation project implementation, community’s participations in project cycle management 2) to learn about approach, key achievements, impact, challenges and lesson learns of projects and perspective of direct and indirect beneficiaries on projects and 3) to monitor the AF progress.
There are 112 (47 Females) key informants was interviewed and consulted during this trip. Those are direct beneficiaries, indirect beneficiaries, AF Project team and local authorities.
Since 2013, the NGO Forum on Cambodia (NGOF) have been selected as Adaptation Fund NGO Network partner in Cambodia. It aims to inform the climate adaptation and climate finance community about the Adaptation Fund project in Cambodia as well as to provide insight into the overall climate change policy landscape and civil society’s perception on climate change issues in the country.
It is not a  first time that NGOF as representatives of the AFN the ten partner organisations have talked to affected communities, particularly most vulnerable groups and communities in order to bring the issue of climate change adaptation into public debates and on national agendas in the past five years.
Not only in Cambodia but regional level; the regional hub on adaptation was conducted in Cambodia in order to build the knowledge of key members, partners and stakeholders about the relevant topics adaptation fund and CCA and to open up a space for civil societies to explore more on relevant discussions in order to enhance their engagement with the Government. The main objectives of the workshop were to launch the regional hub platform in South East Asia/Adaptation Fund NGO Network and influence the CCA policies and Strategies through increasing the knowledge on the CCA, and Adaptation Fund (AF), that help to open up a discussion space for civil societies to explore for further engagement opportunities with the Government and Development Partners (DPs), as well as to identify the feasible strategies to improve CCA implementation.
With their specific focus on the Adaptation Fund they have facilitated stakeholder discussions with national and multilateral implementing entities and in a critically and constructive manner brought forward project ideas and project implementation processes. After all, their lessons and experiences haven been fed into international discussions,inter alia at Adaptation Fund and Green Climate Fund (GCF) Board Meetings as well as official UNFCCC events such as COPs, with the result of rising international recognition and acceptance of the AFN’s work.
The Adaptation Fund NGO Network (AFN) was initiated in 2010 after the first project proposal submitted to the Adaptation Fund by Senegal was approved. The AFN is a social feedback mechanism, in which national civil society organizations accompany the Adaptation Fund project planning and implementation process to ensure positive project impacts for vulnerable groups and communities. It is the AFN’s objective to be supportive to the innovative features of the Adaptation Fund such as its direct access modality and its developing country majority in the decision making structure. The AFN has ten financially supported partners1 and more than 130 associated members.
With a cumulative receipt of around USD 470 million the Adaptation Fund has significantly shaped and advanced the implementation of climate change adaptation in almost 50 developing countries, particularly as direct access modalities have strengthened ownership and built capacities in those countries. As a coalition of NGOs and interested stakeholders following the development of the Adaptation Fund and its funded projects, the AFN strives for a sustainable dynamic influence on politics and the engagement of civil society. For a holistic implementation of adaptation actions that serves the needs of the most vulnerable groups and populations to the impacts of climate change, such an independent non-governmental accompaniment can be very valuable. While it can on the one hand hold national governments accountable to their adaptation efforts, it can at the same time bring a reality-check to decision makers in international funding institutions such as the Adaptation Fund. 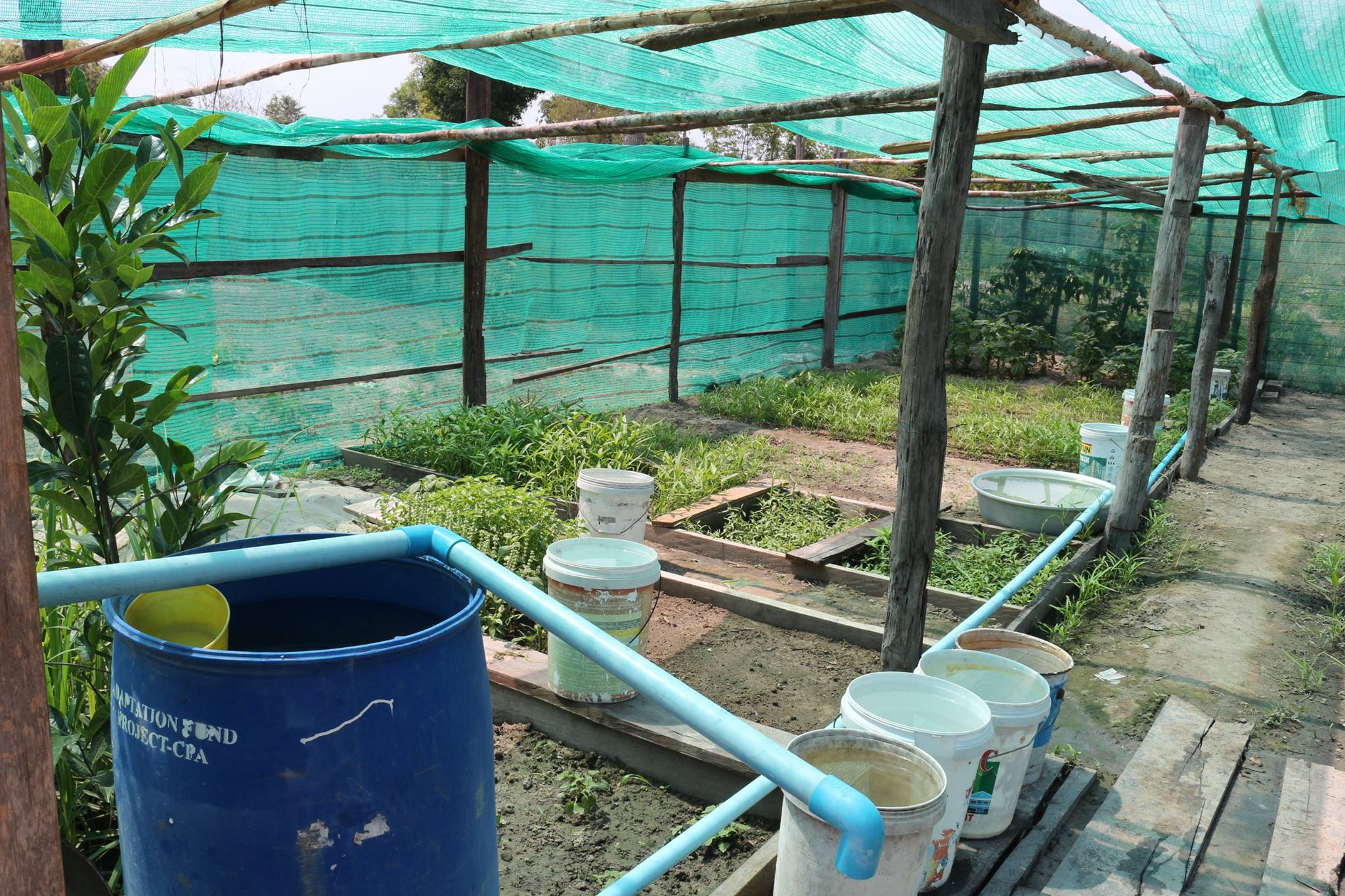