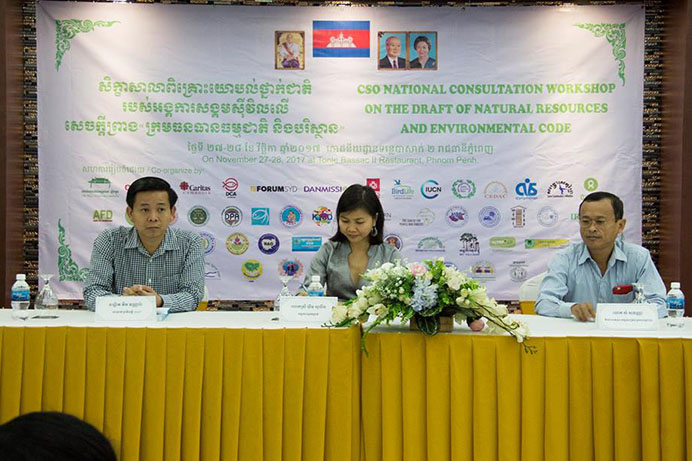 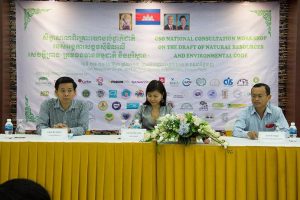 During this sensitive stage, the NGOF and their development partners, as well CSO members, have co-organized the national CSO consultation workshop on “The Engagement of CSOs in the Creation of Environmental and Natural Resources Code”, which aims to collect wider inputs from relevant stakeholders and to consolidate inputs for the final submission on draft 9.1 of the Environmental and Natural Resources Code to the Vishnu Law Group and the Ministry of Environment (MoE).

A national consultation workshop was conducted at Tonle Basacc 2 Restaurant, Phnom Penh Capital, Cambodia. This event commenced over 2 days from 27th -28th November 2017. There were 114 participants (30 women) including lawyers, academic institutions, national and international NGOs in Cambodia and community representatives including Indigenous People all participated in this event. 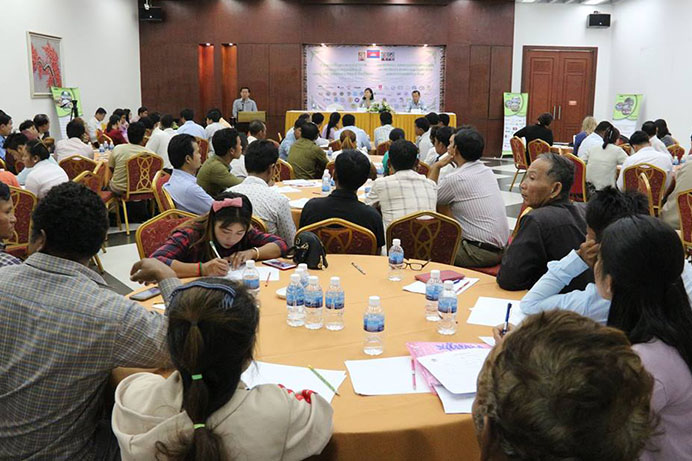 This workshop was another contribution by CSO to EC, and had two key aims: 1) Collect wider inputs/recommendations from academic individuals, NGOs, and affected communities to ensure effective inputs/recommendations are developed and incorporated into the Code, particularly the concerns/issues relating to the environment and human rights. 2) Strengthening capacity of NGOs/CSOs and affected communities’ representatives to understand the Environmental Code

Dr. Tek Vannara, Executive Director of the NGOF gave the welcome speech in which he said, “thanks to all participants for attending and the organizing committee for co-organizing this workshop. It should be noted that this code might be put in place for implementation next year after adoption due to commitments of Royal Government of Cambodia. Since Code developing; we have organized such workshops 3 times excluding many other formal and informal meetings and workshops for collecting inputs on this code. Regarding decisions from last CSO leaders meeting, we have identified 7 main topics for today’s discussion, these are: 1) Free Prior Informed Consent (FPIC) 2) Public Participation 3) Strategic Environmental Assessment (SEA) 4) Climate Change (CC) 5) Protected Area 6) Access to information and 7) Collaborative management of Natural Resources. NGOs have developed the Technical Working Group (TWG) including academic people, lawyers, and NGO representatives to provide inputs since the first draft of the code. Also, there were many formal and informal meetings with MoE to discuss on this code. Today, it is very important to identify the common inputs from all participants as it might be the final opportunity for CSOs and communities to provide comments. It should be noted that 51 organizations endorsed the last recommendations and inputs on the draft 6.”

As a orgainzing committee representative; Ms. Lim Solin, Country Director of Oxfam gave thanks to all participants who attended this workshop and she streessed that “it is a suitable time to develop this code in Cambodia. Environment and natural resources are very important for all countries around the world to take into consideration for gaining sustainable economic development. She added that “The participation in this workshop is very important to involve in this consultation workshop to provide comments/voices as the representatives of CSOs and communties in the law formulation”. 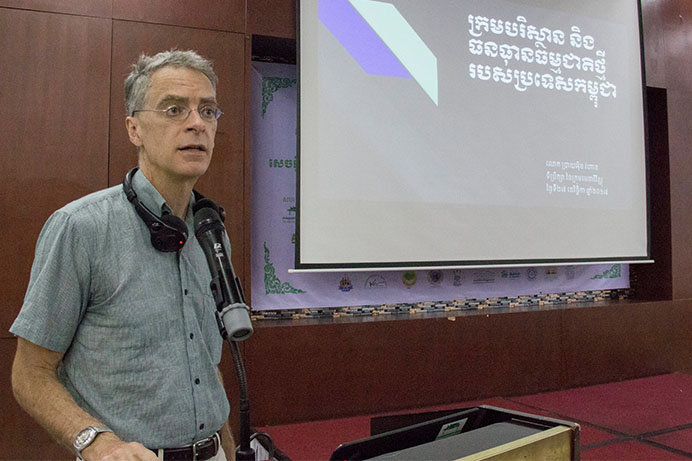 Before the end of her speech; She thanked the leadership of MoE for providing and enabling the environment for CSO participation in this code formualtion. This allows for good preparation for public involvement. This process could reduce doubt and make clear for everyone to be involved in the code formulation. She hoped this code would be implementated soon for the purpose of sustainable natural resoruce managmment to benefit the next generation of Cambodian People.

Since the beginning of Code development; NGOF has actively influenced it by developing the CSO Technical Working Group (CSO TWG). NGOF has further produced a series of CSO position papers as a result of conducting several meeting and workshops in order to provide inputs/comments based on the expertise areas within the Environmental and Natural Resources Code. The last official CSO workshop; the “Pre-National Consultation Workshop on the draft of the EC” at Tonle Bassac 2 Restaurant, aimed to collect wider inputs from relevant stakeholders especially community representatives from affected development project areas in Cambodia and to consolidate those main inputs for submitting to the Vishnu Law Group and the MoE. As a result, there were 26 main comments and/or suggestions were consolidated and handed to the Distinguished Delegate of MoE and Vishnu Law Group on 24th November 2016 at “The 3rd National Consultation workshop on Environmental and Natural Resources Code” organized by MoE and Vishnu Law Group from 24 to 25 November 2016 at MoE office.