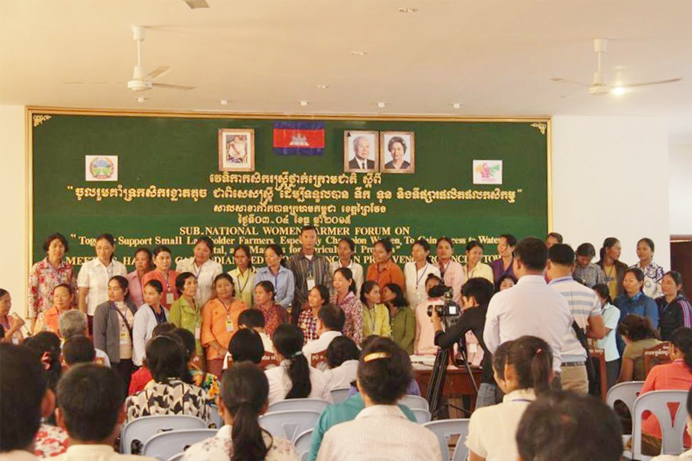 December 2015: The Sub National Farmer Forum on “Together Support Small Landholder Farmers, Especially Champion Women, to Gain Access to Water, Capital, and Markets for Agricultural Products” was subsequently and consecutively organized by geographical areas of Mekong region, North and South Tonle Sap region, coastal region and upland region. The series of meetings were held by the national organizing committee, specifically, Farmer Nature Net (FNN). The thematic areas, with specific objectives and methodologies were completely finalized based on the guideline, including term of reference for national and sub-national organizing committee. The workshop highlighted key concerns of small landholder farmer especially women on water, capital and market for agricultural products,  brought key players to discuss and found the common strategies to find possible solution and urged the government to be accountable on their issues.

These series of workshops were conducted to ensure the Network for Development of Food Security and Safety in Cambodia (NDF-C) and small landholder farmer representatives actively engage and influence laws, policies and strategies for sustainable agriculture development and responsible agriculture investments. As a result, a hundred champion women farmers have been selected among 750 women farmers. Additionally, the forum was aimed to promote women champion in advocacy on agricultural policy, especially agriculture and water. Furthermore, the Critical farmer joint statement has been announced to sub-national authorities so that they could hear about the farmers’ challenges in terms of accessing to water,capital and markets for agricultural products. Inputs and recommendations contributed by farmers as of the five regions  across the nation will be widely shared to relevant government agencies, national assembly, development partners and CSOs to find the possible solutions to support the small landholder farmers. Also, their concerns and policy recommendations will be presented by the women farmers in the national farmer forum. 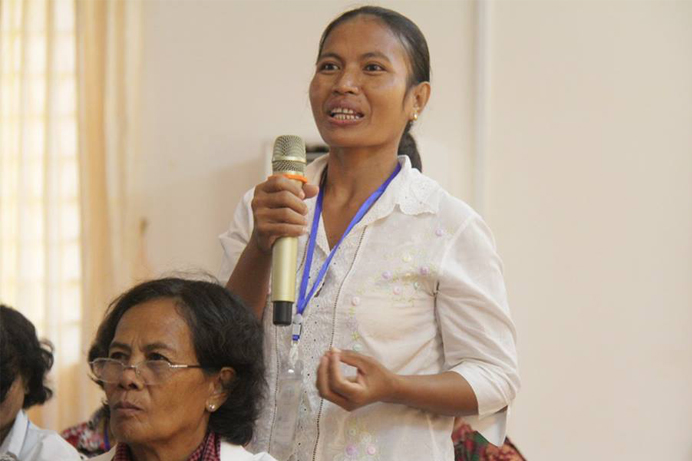