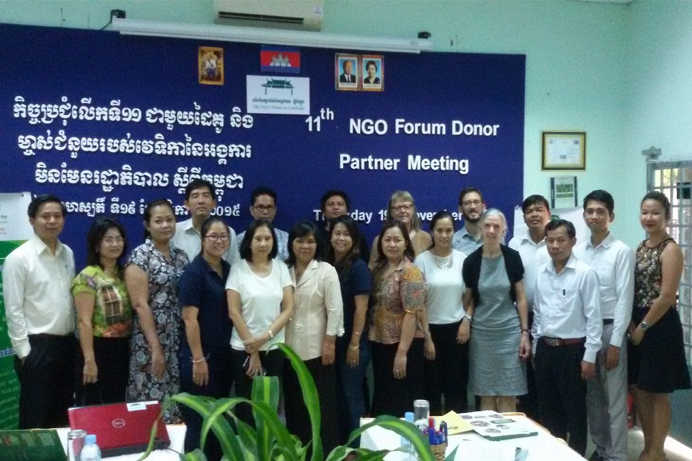 Phnom Penh, November 19, 2015: The 11th Donor Meeting, organized by NGO Forum on Cambodia (NGOF), began with the opening remark by Mr. Yin Dara, the Management Committee (MC) of NGOF and a chairman in this event.

The gathering was engaged by 23 participants, including MC, donors and NGOF colleagues itself. During the welcoming, Mr. Yin Dara shared the objectives of the meeting as following:

The next agendas followed by the brief update on the country context – economic, politic, environment and social context – by Mr. Kem Ley, an Independent Analyst; overview key achievements of the NGOF, provided by Dr. Tek Vannara, NGOF’s Executive Director; the presentations on key outcomes and impacts achieved from the action plan 2015 as well as the challenges and lesson learnt that conducted by the NGOF’s Deputy Executive Director and the Programme Managers.

The question and answer session took place after the presentations were completed. The enquiries were raised regarding the NGOF working activities, challenges and solutions with future action plans.

Last but not least, the final schema was the presentation on 2015 budget expenditure and budget plan for 2016, alongside with challenges in financial management conducted by Ms. Sek Mala, NGOF’s Finance Manager. During her time, Ms. Mala presented the expense in each program and the budget that needs to be used in the forthcoming year.

NGOF’s Donor Meeting is the annual even organized by NGO Forum on Cambodia, and usually occurs in November each year. The main target of this occasion is to meet and build a relationship with both local and internal donors and partners, to update the organization’s achievement and challenges from the previous year, and to share about new plan for a year after. 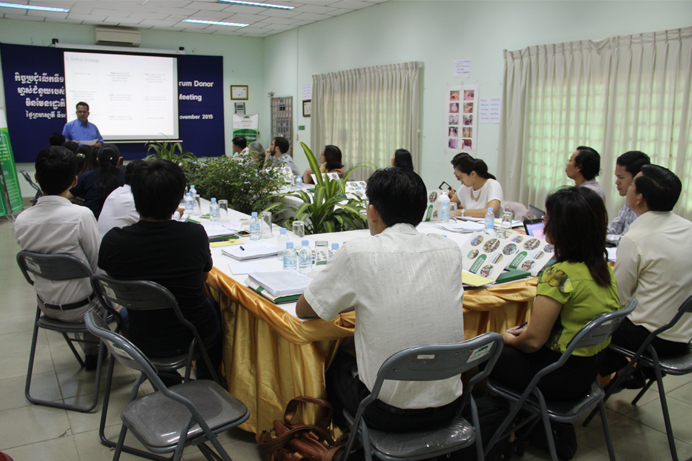