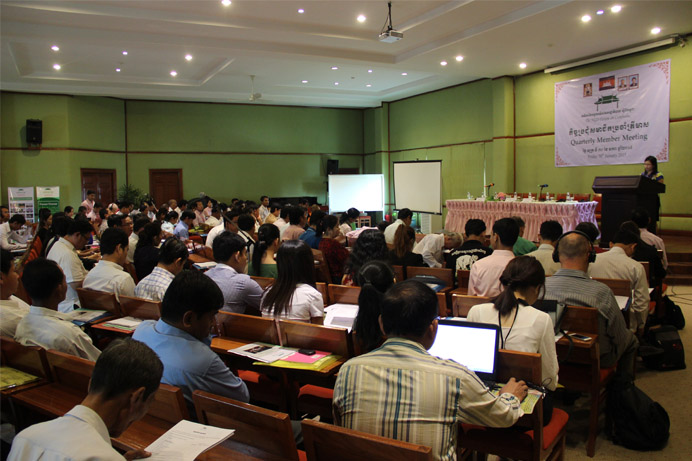 The meeting aimed to share information among participating organizations and to further discuss the challenging issues in Cambodian society that are in need of support from concerned organizations. The election to choose the new Committee Management Members of the NGOF was also took place during the meeting. As a result, Mr. Yin Dara, acting country director of Forum Syd and Mrs. Prom Bopha, director of RAO were elected and appointed to be members of the NGOF Management Committee.

NGOFs’ achievements during the past years was given to the participants by Mrs. Kong Tosot, Chair of the meeting and a member of the Management Committee. The three-year program evaluation from 2012 to 2014, revealed NGOF has been a strong leader and an effective organization in securing its working objectives. It has collaborated well with members/network for the benefits of the helpless and vulnerable people in Cambodia. The evaluation was also handed over by an independent consultant, who studied and evaluated NGOF efforts. Meanwhile, NGOF together with NGOs members/network were suggested to concentrate on different development issues which are taking place in Cambodia. There efforts should include continuous dialog, debate and advocacy with an effective and efficient approach among government and individual sectors.

Mr. Bou Saroeun, World Bank’ Communications Officer took a part in the course of study to provide an open data, which counted as an important source of information, to all relevant stakeholders and the accessibility to use the information to benefit their development work. This source could be reached at www.data.worldbank.org.

“It’s a great start of the year as vital of information and working process were distributed to participants. In addition to the last year meeting, where the role of Development Cooperation in the Implementation of the National Strategic Plan Development, was presented by Mr. Kim Lum Ang Bogota, Deputy Director of Policy Department of the Council for Development of Cambodia, we have added the open data source from World Bank, and members/networks will find it very useful and a great source for their working activities,” Mr. Tek Vannara, NGOF’s ED said after the meeting. 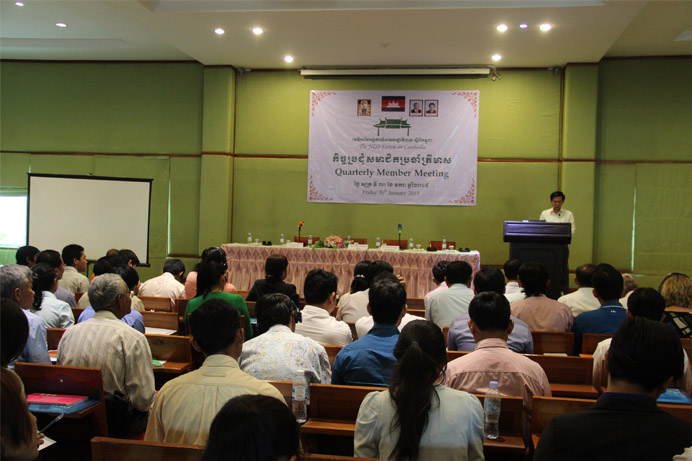