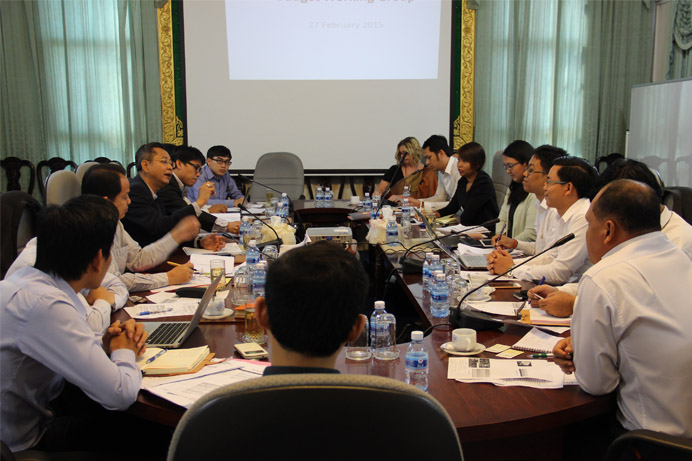 Phnom Penh, February 27, 2015: Nine participants from Budget Working Group (BWG), led by the NGO Forum on Cambodia (NGOF), represented by Dr. Tek Vannara, NGOF’s Executive Director (ED), attended a meeting with representatives of the Ministry of Economic and Finance (MEF) to discuss the opportunity for further collaboration. The meeting was also an opportunity to introduce the BWG members to the ministry. The meeting was chaired by H.E. Dr. Sok Saravuth, Under Secretary of State of MEF and Secretary General of Public Financial Management Reform Steering Committee.

After a a brief presentation on the BWG’s background, and plans for future collaboration delivered by NGOF’s ED, the ministry representatives and the NGOs team reached a number of conclusions :

“Capacity development of NGOs   refers to their knowledge, and ther ability to provide r better understanding on budget issues, so they can reach out to their partners to their partners and citizens at the grass root level. However, according to the Public Finance System 2008’s law, there is no available space for NGOs/CSOs to engage in the budget process,and this is a barrier to the citizens and NGOs to direct involvement with the government about budget development. Howver we will not give up because educating people about the budget will have a positive impact on their lives,” said Tek Vannarary, NGOF’s ED. 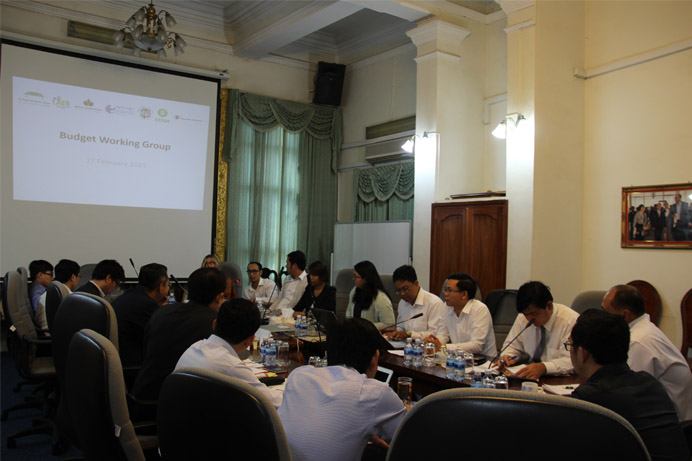