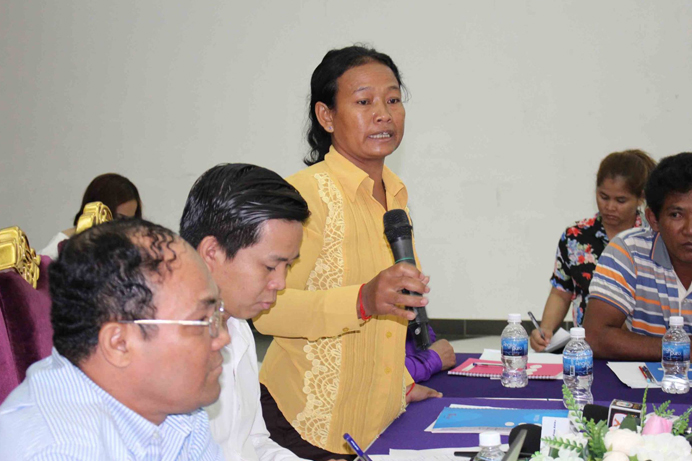 On 09th March 2017 at Tonle Basac II, Phnom Penh, Cambodia: The NGO Forum on Cambodia hosted a National Dialogue Forum on Conflict resolution over Lower Sesan 2 hydropower which co-organized with its members including 3SPN, CEPA, FACT, and MVi. There were 47 participants (16 women) joined who from Ministry of Mines and Energy (MoME), Local NGOs/INGOs, National and international Media journalists/TVs and Dam affected communities, Reaearch Institute and private company. This forum was floor for discussion and debate on project developer and responsible ministry to review some key points related the processing of resettlement and compensation over the dam-affected communities. 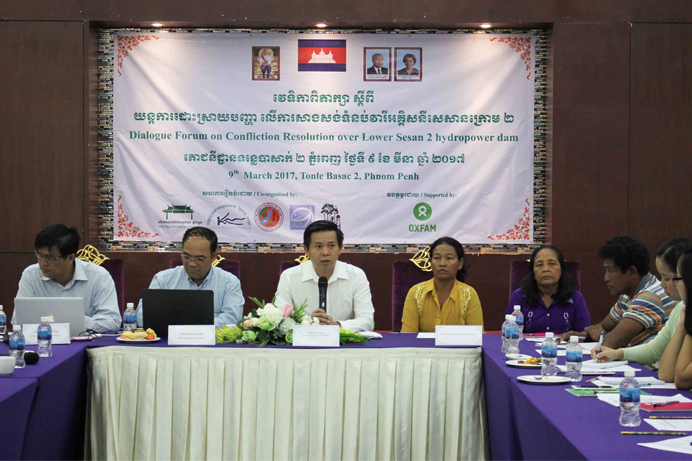 Lower Sesan 2 dam project is the first large scale dam development in Cambodia along the Sesan River located in Stung Treng Province. It will generate 400MW of electric power. Based on our findings, the project it will bring more negative impacts to the ecosystem of the Mekong Tributaries Sesan and Srepok River. It’s one thousand households and other communities that living along the river will be resettled because of the dam reservoir from this project will destroy up to 30,000 ha of forest areas, including 10,000 ha of private forest concession. 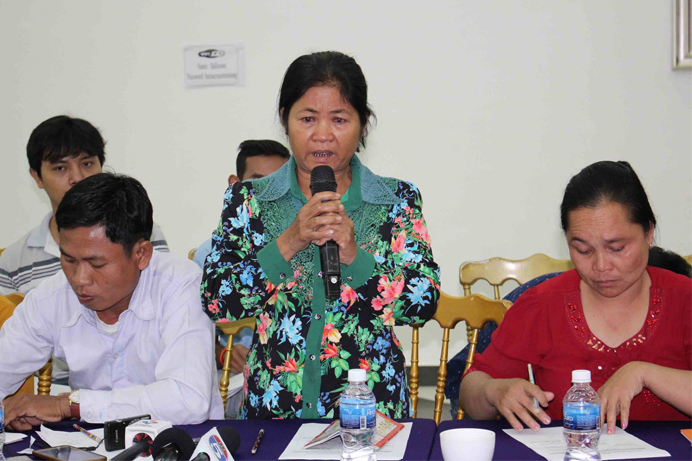 There were some concerns raised by local people and affected communities such as:
1. Relocated communities (new settlement communities) are do not happy within $6,000 US dollars of compensation and as well as house building, which provided by dam project developer, because of those amounts are do not enough for them to start up with new house. In additional, for house building which provided by company it’s doesn’t go through living standard for local people and some of those house have been cracked and rain leaked can’t use.

2. Relocation communities are facings many problems related to their health and livelihoods, because the new area is not good enough quality of water resources and soil for them to access traditional crop plantation, livestock and animal raising, especially sustainable food security.

3. Final decision making from Disagree-relocation communities “We don’t leave from our village because it’s great place for my people and other villagers to rely on such as fishing, crop crowing and Non-timber products harvesting. We scarify to die here in our village even the dam has been closed gate and/ or flooded into my village.” Said, Mr. Hort Khouern, representative from Sre Kor village.

Next step from dam-affected communities would like suggest to project developer and Royal Government of Cambodia, by including;
– Propose to company to reduce electricity prices between 250R-300R/KW and/or do not need to pay during 5 years until communities can be able to surviving their livelihoods within new settlement.
– Company should work closely with local authorities and affected communities related to compensation policies, it mains do not for 5 years of compensation only but it should be as long as more years based on dam operation and benefits sharing.
– Affected communities will be able to hire and/or ask for help from independence researcher and other research institutes to conduct impact assessment research for the disagree relocation communities based on their own properties and other natural resources which local communities relied on for supporting livelihoods. 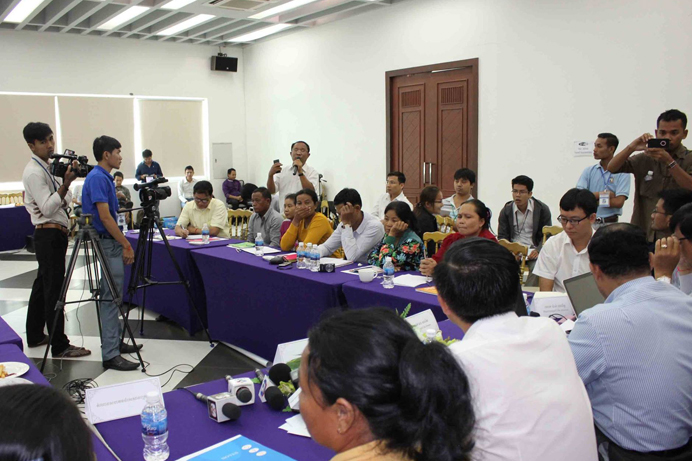