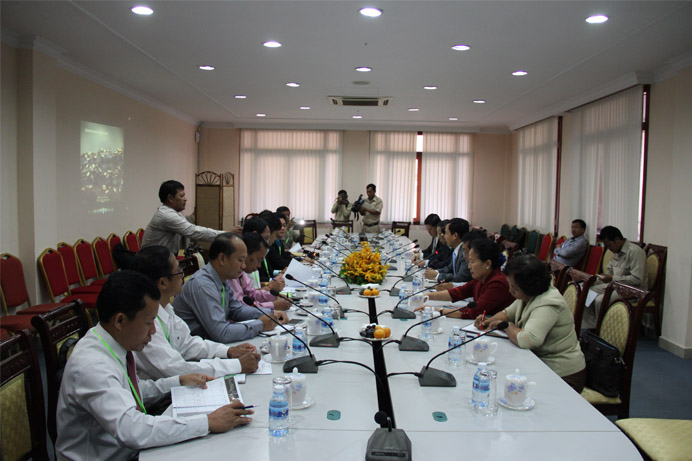 Phnom Penh, February 05, 2015: The meeting to resolve on the land dispute of the Union Development Group Co, Ltd (UDG) was conducted between the 1st Committee of the National Assembly (NA) and the five NGOs representatives from the NGO Forum on Cambodia (NGOF), The Cambodian Human Rights Action Committee (CHRAC), Community Legal Education Center (CLEC), Adhoc and LICADHO.

The primary aim of the meeting was to raise villages’ concerns from the affected region, located in Koh Kong, where their land is being encroached upon by the UDG’s development project, and to seek for a suitable solution.

“Serious human right violation happened in the arena such as villagers’ houses were cut down and land was considered for development without proper recompense,” Mr. Tek Vannara, NGOF’s ED stated after the meeting. “Soon, we are going to organize a consultation meeting with the relevant stakeholders, and NA’s 1st Committee will be invited as the guest speaker. What is more important is that the 1st Committee agreed with the suggestion to hold a regular quarterly meeting with CSOs about land grabbing situation in Cambodia,” he added.