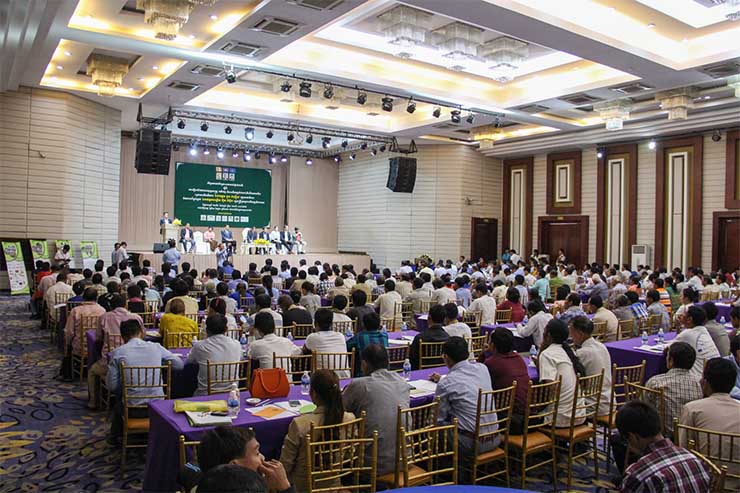 Speaking at the Consultative Workshop, Dr. Tek Vannara, Executive Director of NGO Forum on Cambodia said: “In order to facilitate the entry, all participants should be aware of the Sustainable Development Goals of 2019-2030. National 2019-2023 United Nations Declaration on the Rights of Indigenous Peoples (UNDRIP) United Nations Declaration on the Rights of Farmers and People Working in Rural Areas (UNDROP) Access to Information, Consultation and Consent (FPIC) Land Law 2001, National Development Policy Indigenous Peoples 2009, Natural Resource Protection Law, Forest Law, Fisheries Law and Environment Law, etc. And so on. In addition, for CSOs in Cambodia, we think that for the next five to ten years, we should:
• Providing additional funding and resources for Indigenous brothers’ education, from the grassroots level to post-secondary education, in particular on researching, compiling, and preserving the language of indigenous peoples in Cambodia.
• Provide more technical and financial resources and human resources for the registration of indigenous communities in Cambodia.
• There should be discussion and support for the establishment of Indigenous Banks or Indigenous Saving Groups or whatever form to provide more opportunities and opportunities for Aboriginal people to access good services. With the lowest interest rates for participating in the conservation and development of indigenous peoples in Cambodia.
• Continuing and pushing for a resolution to the long-standing land dispute between indigenous peoples and some of the remaining developers for the development of Cambodia in accordance with the Cambodian Sustainable Development Goals Framework.
• Relevant ministries should have appropriate coordination mechanisms and provide equal recognition for indigenous communities upon the transfer of management from one ministry to another or a change in the management of the same territory. Indigenous Peoples in accordance with the steps taken to develop and preserve the indigenous communities in the past. For example, the transfer from registration of indigenous communities to protected areas.
• Providing technical capacity building, life-skills training and more appropriate employment options for Indigenous Peoples in their development in view of economic development, social development and environmental protection in the context of Cambodia’s development. At present.
• Establish a National Indigenous Cultural Center in Phnom Penh to display cultural products and showcase indigenous history in Cambodia in order to promote indigenous people’s culture, culture, life and socio-cultural heritage in Cambodia.

However, the Royal Government, as well as the Ministry of Rural Development, other relevant ministries as well as national and international organizations and partners have been working hard in their respective fields and have been very productive and proud. However, there are some challenges that need to be addressed: