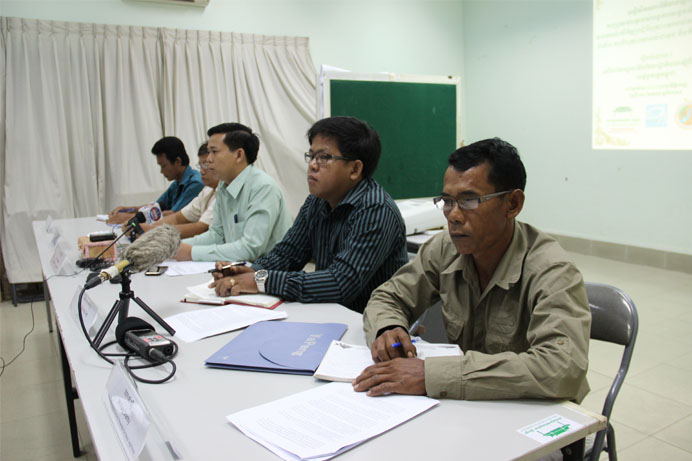 Phnom Penh, October 13, 2014:  Five representatives from the CSOs/NGOs and communities joined together to raise their concern during the press conference on “Concerns of CSOs and Communities on the Process of PNPCA Workshop” at the NGO Forum on Cambodia (NGOF).

The Prior Consultation under the Procedures for Notification, Prior Consultation and Agreement (PNPCA), organized by Cambodia National Mekong Committee was conducted from October 17 to 18, 2014 in Stung Treng Province with the involvement of the government representatives, local authorities, CSOs/NGOs and community members to discuss about the impact over the Don Sahong Hydropower Dam development project. However, CSOs/NGOs and the community members have a serious concern that the PNPCA process doesn’t carry on in a legitimate and participatory process, and the final decision would the agreement over the dam construction which could lead to the destructive on the natural resource, nutrition source and the community livelihood as the Xayaburi Dam did.

“PNPCA is only being conducted to bring the legal view to the Don Sahong Dam project based on the 1995 Mekong agreement because since the beginning of this project, Laos government and the investor failed to follow so many steps as mentioned in the agreement such as no public dissemination in national language, no public consultation with relevant parties as well as there was no EIA across the country was being conducted,” said Tek Vannara, NGOF’s ED “RCC representatives will be in the meeting to observe their discussion process which will happen tomorrow. Plus, RCC and communities will release the joint statement upon to workshop to show their solid commitment on Say No to Don Sahong Dam.”

Many studies have shown that, if built, the Don Sahong Dam will have severe impacts on Mekong fish and their migration throughout the Lower Mekong River Basin which threatens the food security and livelihoods of millions of people, as well as the economic and political stability of the region, due to increased tension between governments over the failure of regional cooperation. 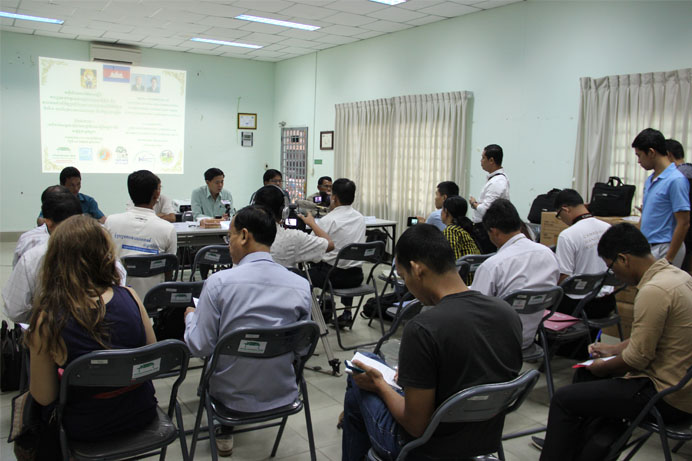