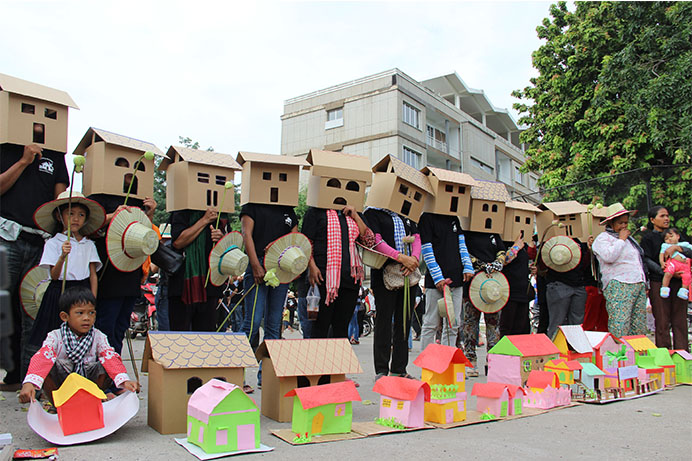 There were different significant purposes for this campaigns including:

The program started from 7:30 in the morning and finished around 11:30am on the same days. Vital important activities such as singing the songs related to land issues,  marching to deliver the petition from the communities and NGOs, and housing displayed, had happened during the day. Around 10.30am, representative of Municipality of Phnom Penh, Ministry of Land and Ministry of Interior came to accept petitions from WHD’s committee.

The NGO Forum on Cambodia (NGOF) recorded 352 Land Disputes in 2014 and estimates that 25% of the land disputes were caused by ELCs and land grabbing by power people, affecting approximately 55,795 households or 256,657 people. Forced evictions as a result of development projects in urban and rural areas being implemented by the government, companies and International Financial Institutions (IFIs), as well as land disputes and land grabbing are among the most widespread human rights violations in Cambodia.

World Habitat Day is the one day set aside annually to recognize the basic right of all humanity to adequate shelter, and to encourage grassroots action toward ending poverty housing. It is observed every year on the first Monday of October throughout the world. It was officially designated by the United Nations and first celebrated in 1986. The purpose of the day is to reflect on the state of our cities and towns and the basic human right to adequate shelter. It also aims to remind the world of its collective responsibility for the habitat of future generations.

The petition “World Habitat Day: Community Petition”, in Khmer, can be downloaded here http://bit.ly/1HP0ltc
Links to the media articles of the WHD event. 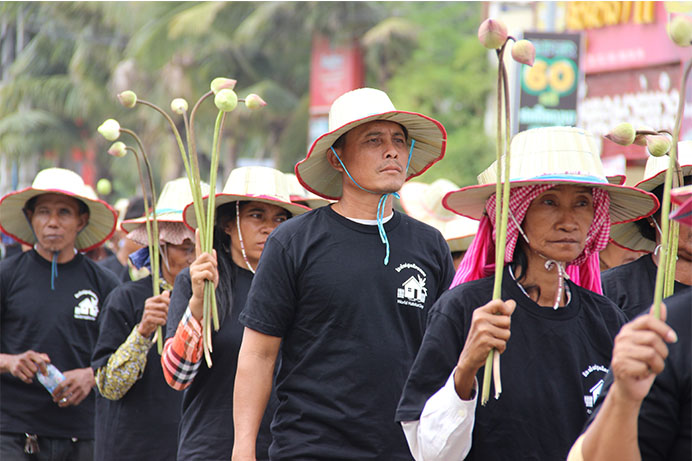