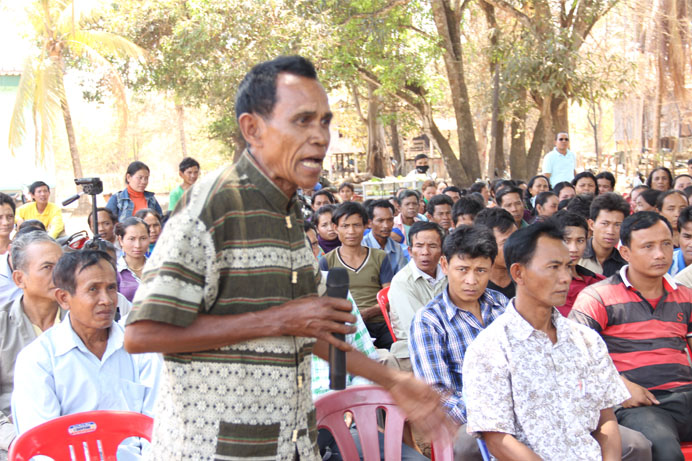 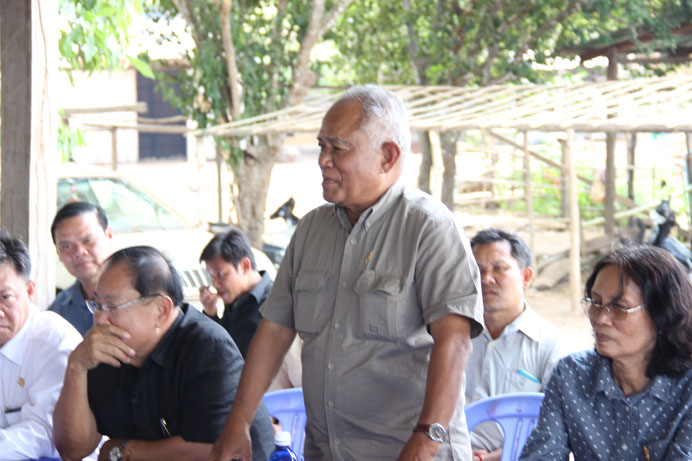 Stung Treng, March 26 to 29, 2015: The NGO Forum on Cambodia (NGOF) with River Coalition of Cambodia network members such as MVi, Fact, CEPA and Oxfam hosted an exposure visit for the third commission of the National Assembly (NA) to the Don Sahong and Lower Sesan 2 (LS2) project sites in order to learn about the trans-boundary impact of the Don Sahong and Lower Sesan II dam onvillagers. Forty community members (35 females) from Don Sahong Community and 213 villagers (150 females) from the LS2 Communities attended the meeting with NA in each day. Government representatives, organizers, and villagers, a group of local media from Hang Meas HD TV, Radio Free Asia and Phnom Penh Post were also there to understand the consequences of the dam.

The objectives of this trip included, the opportunity to build a relationship between communities, authorities, CSOs and government, the chance to study the impacts of the LS2 Dam and the trans-boundary impacts of Don Sahong dam in Cambodia and to meet, hear and discuss about the concerns on LS2 and Don Sahong dams between the communities, CSOs, authorities and the third commission of NA.

During the meeting, Chief Village and villagers shared their concerns about the Don Sahong Dam to the authorities and the NA. Among those concerns were the loss of many fish species, a decline in Mekong Dolphins which might affect the villagers in term of fishing and eco-tourism. H.E. Pol Ham agreed to all the concerns with a promise to bring all the mentioned challenges to be discussed upon returning to Phnom Penh. Meanwhile, River Coalition of Cambodia’s (RCC) representative, Mr. Youk Senglong, from FACT, suggested to the NA to a send the letter of recommendation about the negative impacts of the Don Sahong Dam to Lao, Vietnam and Thai government in order to seek corporation to stop the Don Sahong’s construction. Once again, NA agreed to bring the suggestion to discuss.

The day started with a short presentation about the negative impacts of LS2 Dam provided by the RCC’s member, Mr. Meach Mean, from 3s River. Later on the 3rd commission leading by the provincial authoritied paid a visit to the LS2 construction site, which was approximately 50% completed, before the meeting between villagers and local authorities at Sre Pork Commune, Steung Treng. During the meeting, villagers shared all the problems they face due to the construction of the dam and called for intervention from the government. There were two perspective from the villagers at that time, as some called for construction of the dam to be stopped, others called for the proper compensation.

H.E. Pol Ham mentioned that electricity is really important for the development and he also appreciated the construction of the dam that would help many families living around the area. On the other hand, he promised to bring all the compensation request from the villagers to discuss at the National Assembly and get back to the communities with a result.

H.E Pol Ham has produced the report after his trip to the NA as well. You can find the copy of the record here.